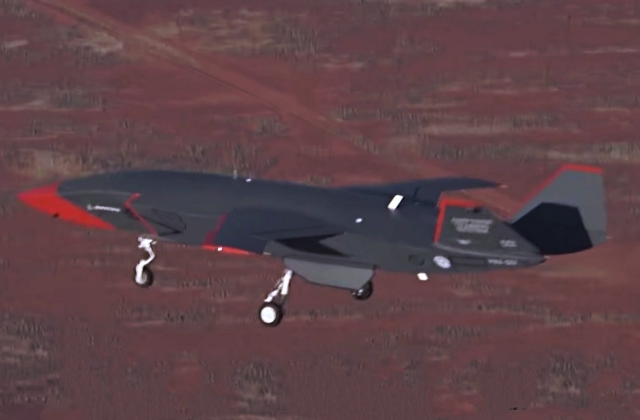 Boeing Co just unveiled its pilotless aircraft that looks like a fighter jet. It has been named the Loyal Wingman and was developed in Australia.

Boeing and the Royal Australian Air Force (RAAF) revealed on Tuesday, March 2, that it has completed the first flight test of this U.S. Air Force Skyborg prototype, and it was a successful event. This is the first of its kind since the aircraft flies without a pilot. Rather, it is operated in conjunction with crewed aircraft.

“The Loyal Wingman’s first flight is a major step in this long-term, significant project for the Air Force and Boeing Australia, and we’re thrilled to be a part of the successful test,” Air vice-marshal and RAAF head of Air Force Capability Cath Roberts said in a press release. “The Loyal Wingman project is a pathfinder for the integration of autonomous systems and artificial intelligence to create smart human-machine teams.

She added that through the venture, her group is learning how to integrate the new capabilities to complement and extend air combat and other missions. The test followed a series of trials to check and certify the plane’s functions, including navigation and control, ground handling, and pilot interface.

With its successful takeoff this week, the Loyal Wingman showed its power and functionality while flying through a pre-determined route at different speeds and altitudes. Its performance so far was remarkable and just demonstrated a good outcome from the Airpower Teaming System design.

“Boeing and Australia are pioneering fully integrated combat operations by crewed and uncrewed aircraft,” Leanne Caret, Boeing Defense, Space & Security president, and CEO, said. “We’re honored to be opening this part of aviation’s future with the Royal Australian Air Force, and we look forward to showing others how they also could benefit from our loyal wingman capabilities.”

As per Reuters, the Loyal Wingman is the first military jet to be designed and made in Australia in over 50 years. It was said that the Australian government invested AUD$40 million or around $31 million for this project that Boeing could customize for international orders.

Finally, this pilotless Boeing plane measures 38 feet long or 11.6 meters and has a 2,000 nautical mile range. It can carry weapons, and its nose is removable to fit any payloads.