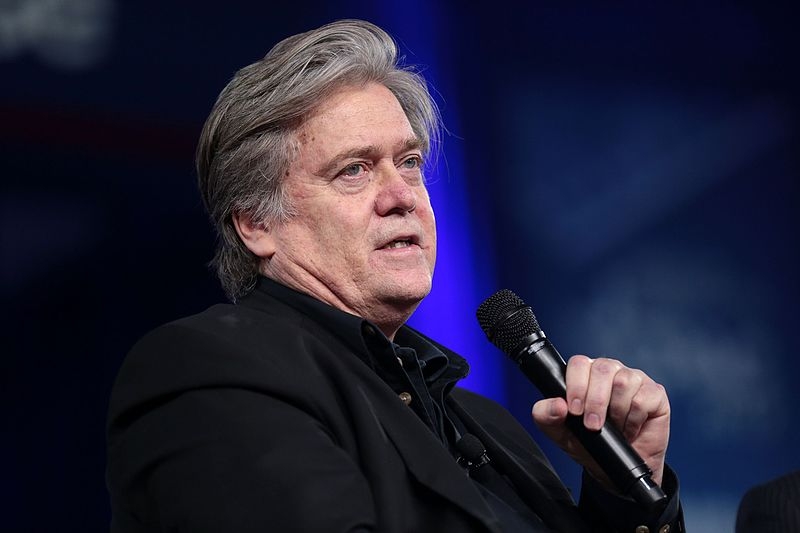 The recent revelations from the new book by journalists Bob Woodward and Robert Costa showed how much twice-impeached former President Donald Trump and his allies were involved in the January 6 insurrection. Following the revelations, Trump associate Steve Bannon recently admitted to helping organize the January 6 rally to derail the presidency of Joe Biden.

Bannon made the admission on his Warroom broadcast Wednesday, where he played clips of the interview of Woodward and Costa on MSNBC, revealing that Bannon was with the now-former president, Rudy Giuliani, and other Trump allies at a hotel the day before to the January 6 riots. Costa revealed that Bannon was in touch with Trump in the days leading up to the insurrection, privately telling Trump that “It’s time to kill the Biden presidency in the crib.”

Following the airing of clips, Bannon appeared to be proud of the conversation that was revealed between him and the disgraced US leader. Bannon questioned the legitimacy of Biden, citing that 42 percent of Americans do not believe that Biden was elected legitimately, another way of saying that election fraud contributed to Biden’s victory and Trump’s loss.

Trump’s attempts to contest election results in the states he lost to Biden were largely unsuccessful, with over 60 lawsuits dismissed by judges, even by judges that he appointed himself. Trump and his allies have pushed the claim of election fraud without citing any credible evidence.

Many of the case file documents by the FBI and the Justice Department revealed that many of the insurrectionists that bragged about their attempt to break into the Capitol were supporters of the former president.