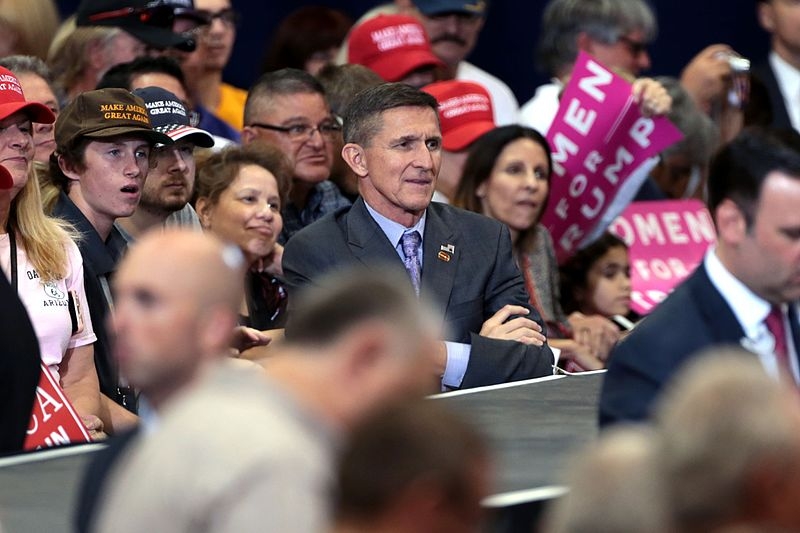 Several key individuals of the Trump administration and of the former president himself are emerging as links to the Capitol insurrection last January 6. A report revealed that Michael Flynn’s private security force was also present on the ground during the riots.

Raw Story reports that Flynn’s private security force, called the 1st Amendment Praetorian, was found to be on the ground on January 6. Flynn, a retired military general who was pardoned by the twice-impeached former president at the time, emerged as one of the key figures in the attempts to keep Trump in office after a bitter 2020 election where he lost to Joe Biden. The security force is not as popular as the right-wing militia groups, the Proud Boys and the Oath Keepers, but has played a part in peddling the false claim of a stolen election to the base of supporters of the former president and his allies.

The group also helped promote the revisionist false claim that the insurrection was “staged,” as Trump, his allies, and his supporters are actively attempting to whitewash the insurrection that killed five people and injured dozens of police officers who defended the Capitol.

Compared to the Proud Boys and the Oath Keepers, the 1st Amendment Praetorian have direct contact with Trump allies such as Flynn, his brother Joe Flynn, conspiracy theorist lawyer Sidney Powell, and former Overstock.com CEO Patrick Byrne. The bipartisan House Select Committee is also looking to get information on several high-profile Trump allies, including the founder of the 1st Amendment Praetorian Robert Patrick Lewis and Flynn.

Hundreds of insurrectionists have since been arrested and detained, dozens of them belonging to the Proud Boys and the Oath Keepers, with some agreeing to cooperate with the feds. The attorney for Oath Keeper member Kenneth Harrelson claimed that Harrelson was sick with COVID-19 in a bid to release Harrelson before his trial.

The lawyer, John Pierce, who has agreed to represent many of the insurrectionists, filed a motion claiming that Harrelson has COVID-19. However, his claim was foiled right away when prosecutors revealed Harrelson’s medical records that stated that he does not have COVID-19.