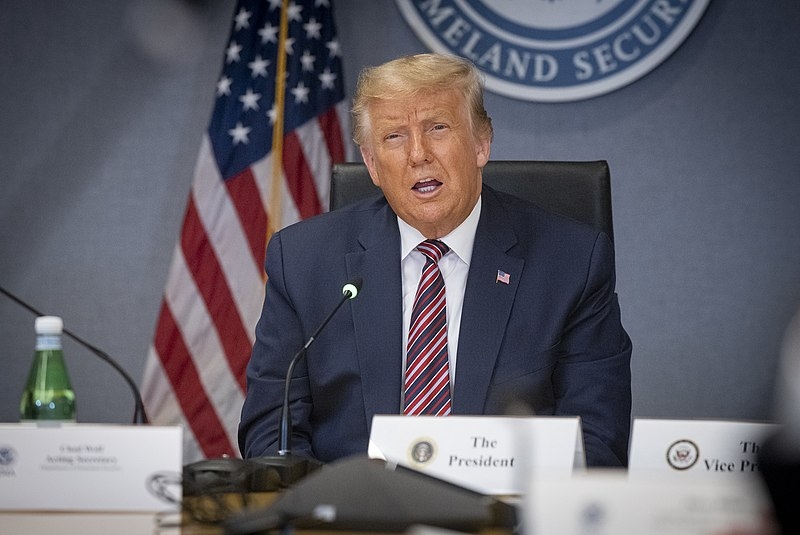 For several months since the November 2020 presidential elections, former President Donald Trump has not admitted defeat against Joe Biden. In his latest interview, the former president admitted for the first time that he did not win the election, but did not drop his baseless election fraud claims.

Speaking with Fox News presenter Sean Hannity Wednesday night, Trump admitted for the first time that he did not win reelection back in November. Trump only admitted seven months since the bitter elections that led to the insurrection at the Capitol last January 6 and his second impeachment. Despite his admission, Trump did not drop his baseless claim that the election was stolen from him.

“We were supposed to win easily, 64 million votes,” said the former president. “We got 75 million votes and we didn’t win, but let’s see what happens on that.”

Trump is likely waiting for the results of the partisan election audits going on in Arizona and Georgia. Nevertheless, Biden won by over seven million votes with 306 votes from the Electoral College to Trump’s 232. Trump received the same result in 2016 when he won against former Secretary of State Hillary Clinton, calling it a landslide victory.

When it came to his successor, Trump said he wants Biden to do well in yet another rare moment in praising the Democrat. “I want him to do well,” added the former president. “I think the election was unbelievably unfair, but I want this guy to go out and do well for our country.”

This interview also coincides with a report by Maggie Haberman of the New York Times saying that Trump may have fully realized at this time that he was no longer the US President when he saw Biden and Russian President Vladimir Putin during their summit in Geneva this week.

“This is the event that underscored for people around Trump and the former president himself the fact that he’s not president anymore. This was the kind of event on the world stage, getting enormous attention, that he really enjoyed, that he saw as one of the trappings of the office that he thought spoke to a sense of power and strength...it was the real moment of ‘Oh, someone else is president and not Donald Trump;”