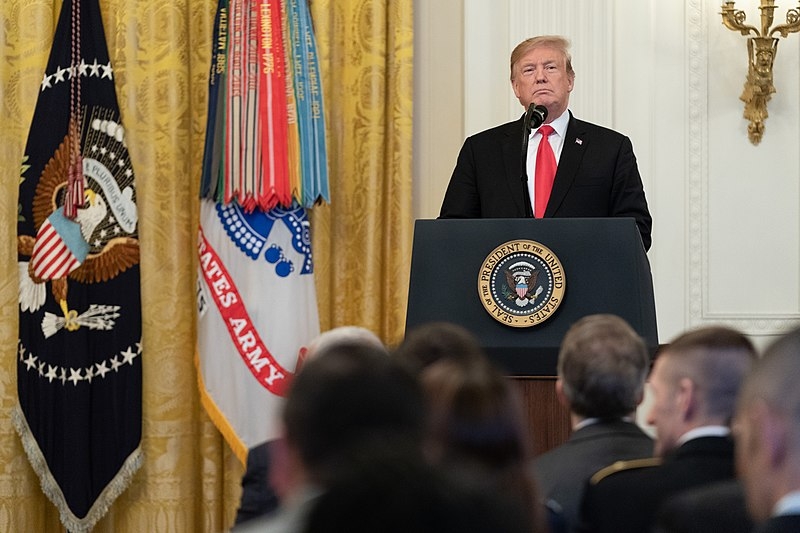 To this day, former President Donald Trump is pushing his claims of election fraud that led him to lose the 2020 presidential race to Joe Biden. New emails have revealed that Trump went to the extent of having Atlanta, Georgia’s US attorney removed over his claims of fraud.

A cache of emails that were released by the House Oversight Committee showed how far Trump was willing to go to stay in power and undermine Biden’s election victory. It had gone to the extent that Trump’s efforts of pushing his election fraud claims would lead his White House officials to force Atlanta’s US Attorney Byung J. Pak to resign ahead of Biden’s inauguration.

His resignation also comes in light of Trump’s and his allies’ efforts to pressure the Justice Department under his administration to file a lawsuit in the Supreme Court to overturn the election results in his favor. Byung J. Pak’s resignation followed emerging reports that revealed the recording of Trump’s phone conversation with Georgia Secretary of State Brad Raffensperger, asking the Georgia Republican to “find” enough votes that would overturn the state’s election results.

Pak, who was appointed by Trump in 2017 and a longtime Republican, stepped down from his post on January 4. Pak initially committed to staying until inauguration day, when the incoming Attorney General would decide whether to let him stay or not. However, Pak cited “unforeseen circumstances” when he resigned as US attorney in Atlanta, Georgia, where Trump seemed to be keeping tabs on towards the results.

Trump still looks to maintain his hold over the Republican Party even after leaving the White House. Trump now plans to hold rallies again with fellow Republicans who remain supportive of the former president. This follows his previous speeches towards his fellow GOP audience over the past five months.

The former president is set to hold his first rally in Cleveland, Ohio on June 26, and then a rally at Tampa, Florida on July 3, according to people familiar with the matter. The former president also announced that he would be traveling to Texas to visit the southern border alongside Texas Republican Governor Greg Abbott.