World War 3: Expert claims US will not succeed in stopping China's invasion of Taiwan 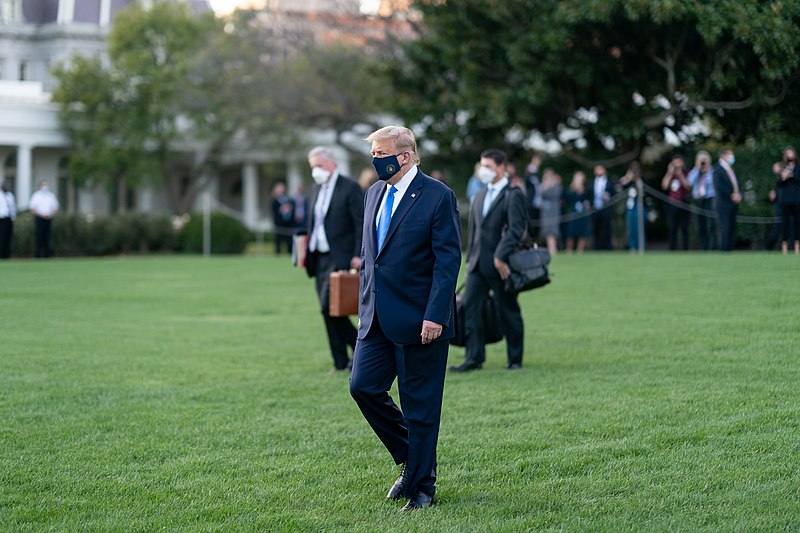 Former President, Donald Trump’s administration, faced criticism over its handling of the COVID-19 pandemic during the outbreak in early 2020. According to a new book, during the early days of the pandemic in the US, Trump once suggested sending COVID-19 stricken Americans to the Guantanamo Bay facility.

The book by Washington Post reporters Yasmeen Abutaleb and Damian Paletta titled “Nightmare Scenario: Inside the Trump Administration’s Response to the Pandemic That Changed History” revealed that the now-former president met with aides at the White House Situation Room where he made the proposal. The Guantanamo Bay facility in Cuba housed terrorism suspects in the aftermath of the 9/11 attacks. Over the years, human rights advocates have condemned detaining people in the facility, and Democratic administrations have faced calls to shut down the facility.

“Don’t we have an island that we own? What about Guantanamo?” The former president asked his aides, according to the authors. “We import goods. We are not going to import a virus.”

The authors wrote that the aides blocked the then-president’s proposal when he made the suggestion again.

This is not the first time Trump suggested sending people to the facility that now only houses 40 detainees. A 2019 book, “A Warning by Anonymous” - the author later revealed to be former Trump DHS employee and critic Miles Taylor - revealed that the former president suggested sending immigrants to the facility. Taylor wrote that Trump suggested designating the undocumented migrants as “enemy combatants” and then transferring them to Guantanamo Bay.

Trump’s handling of the pandemic went hand-in-hand with his focus on getting reelected. The 2020 presidential elections then resulted in his loss to Democrat Joe Biden, which Trump claimed was due to voter fraud. With his attempts to challenge the results of the states that went to Biden in the courts largely unsuccessful, two counties in Atlanta, Georgia, have now recovered their legal fees when the lawsuit filed by Trump and his campaign lost.

Election officials in Cobb County and DeKalb County sought legal fees from the Trump campaign, and a hearing for the requests was scheduled on Friday. However, the Cobb County Board of Elections last week received $15,554 for legal fees through June 1, according to the county attorney. A DeKalb County court brief that was filed on Monday confirmed that they also received their legal fees of $6,105 on behalf of the counsel representing the Trump campaign.