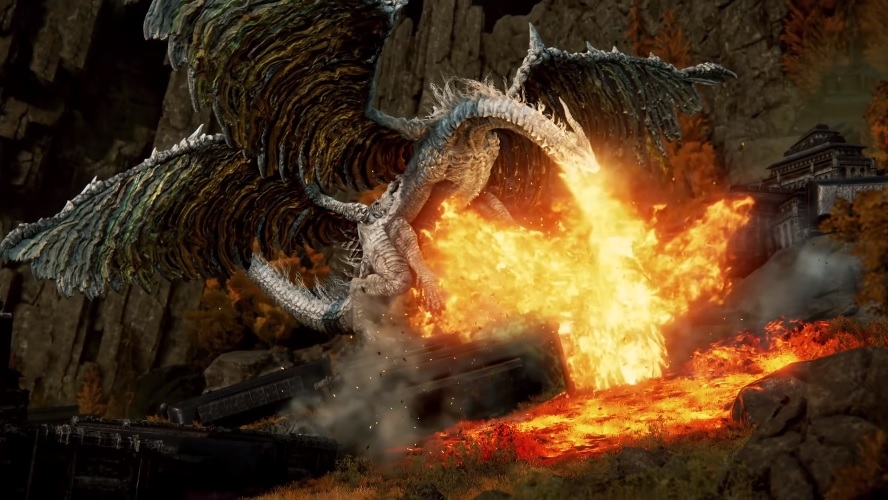 From the beginning, “Elden Ring” has been billed as an upcoming role-playing game that features fantasy themes. Developer FromSoftware and director Hidetaka Miyazaki have already proven their capacity to make great games in this genre with the “Dark Souls” series. However, it was still quite the news when they announced they got best-selling fantasy novelist George R.R. Martin to also work on the new IP.

How did George R.R. Martin help in making ‘Elden Ring’

Like many aspects of the game, though, Martin’s role in creating “Elden Ring” remained a mystery for two years after the game’s announcement in 2019. That changed recently following the release of the new gameplay trailer and the announcement of the title’s release date.

In an interview with Chicago’s WTTW News, Martin revealed that his work on “Elden Ring” primarily included building the world in which the game will take place. And any fan of the “A Song of Ice and Fire” saga familiar with Westeros knows Martin is an authority in this area.

“I worked up a fairly detailed background for them and then they took it from there,” Martin said about his “Elden Ring” contribution. “So really it’s been several years since I last seen them but they would come and periodically show me some monsters they’d designed or the latest special effects.”

George R. R. Martin talks Elden Ring in new interview:
-His work on the game was done many years ago
-He wrote the worldbuilding & characters
-From would periodically show him enemy & graphic designs
-He is excited for the final game :) pic.twitter.com/y5gUDvo2Hd

Martin admitted that he is not a big fan of video games, which might explain why he described “Elden Ring” as a sequel of “Dark Souls.” Officially, though, FromSoftware and Miyazaki have not given that impression about the upcoming game. But in terms of gameplay, Miyazaki said in 2019 that the new RPG is “a more natural evolution of ‘Dark Souls.’”

“Elden Ring” is set in an open world called Lands Between that Miyazaki confirmed will feature six main regions. Each location serves as a domain for Queen Marika the Eternal’s demigod children that had launched a war against one another after each claiming a shard of the Elden Ring.

The game’s protagonist has been referred to as the Tarnished, who also appears to be after the Elden Ring. In a new synopsis on Bandai Namco’s website, it is hinted that one of the main goals in the game is to become the Elden Lord. “Elden Ring” will be released on Jan. 21, 2022 on PC, Xbox Series X/S, PS5, Xbox One, and PS4.