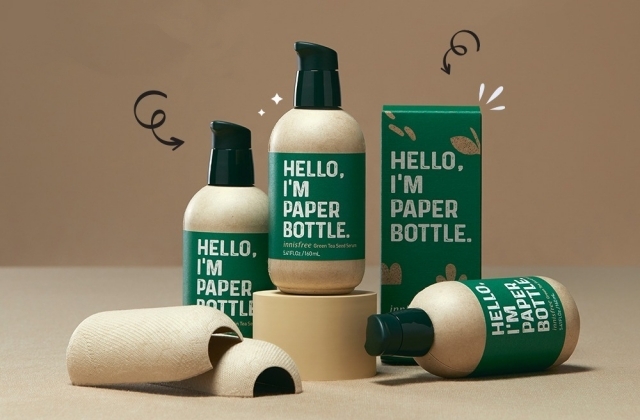 Innisfree, one of the leading cosmetic brands in South Korea owned by Amorepacific, was called out after a customer complained about its advertisements of using eco-friendly packaging. The complainant said that the company’s claim of using “paper bottle” is misleading and her criticism went viral online.

The complaint about Innisfree’s packaging

As per The Korea Times, there is a Facebook page called “No Plastic Shopping” and one member of the group shared photos of Innisfree’s face serum product that she believed was packaged in a “paper bottle.” She said she was surprised to see a plastic bottle when she cut the paper bottle in half.

The customer said that Innisfree posted misleading claims because on the label of the product, the words “Hello, I’m Paper Bottle” were written. But the problem is - when she sliced the bottle, she discovered that the serum was actually placed in a plastic bottle. It appeared that the paper on the outside was only a wrapper for the actual plastic bottle that holds the serum.

With her discovery, she wrote in her post that she felt betrayed after seeing the paper bottle is really a plastic bottle. Based on the reports, the customer filed a complaint at the consumer center against Innisfree’s “green washing” labeling since it was misleading.

Her post has gone viral and other consumers also criticized the company. Many were furious that various media outlets have already picked up the story that was originally posted on social media earlier this week.

Innisfree addresses the complaints amid the backlash

After becoming aware of the public’s reactions, Innisfree immediately addressed the issue by releasing a statement to explain its side. The company admitted that its label that says the container is a paper bottle may indeed be misleading.

But then again, Innisfree stated that the colorless plastic bottle inside the paper is recyclable and eco-friendly since it uses less plastic material compared to the regular ones. The company added that the paper bottle packing used in the Green Tea Seed Serum provides information on recycling and separating wastes.

“We used the term ‘paper bottle’ to explain the role of the paper label surrounding the bottle,” Innisfree said in a statement. “We overlooked the possibility that the naming could mislead people to think the whole packaging is made of paper. We apologize for failing to deliver information in a precise way.”