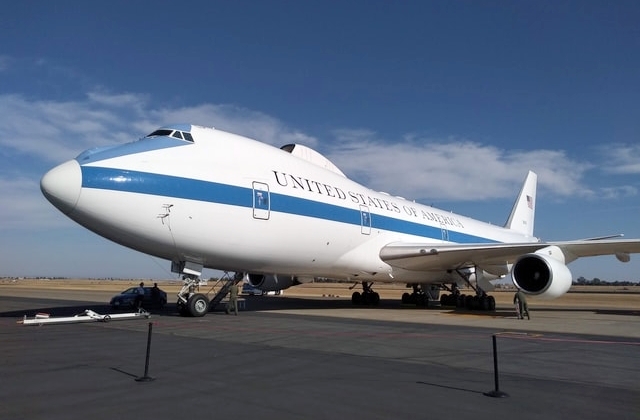 Boeing revealed on Thursday, April 8, that it filed a lawsuit against Air Force One subcontractor named GDC Technics. The aircraft is the official carrier of the U.S. presidents, and said supplier failed to complete its contracts with the plane manufacturer.

The details of the lawsuit

Boeing also canceled its contract with GDC Technics following the suit. As per Reuters, the company is suing because the supplier was not able to finish the interior works on two Boeing Air Force One 747-8 planes that were remodeled.

The Illinois-headquartered aircraft maker said in a statement that its contracts with GDC Technics had been dissolved because it failed to carry out its contractual obligations with Boeing. The Texas-based aircraft modification company did not immediately respond to a request for comment regarding the lawsuit.

Boeing filed the case at Tarrant County District Court in the state of Texas on Wednesday, April 7, and it is seeking compensation for damages that are said to be worth millions of dollars. Additionally, it is demanding the return of some equipment needed to continue the work on the Air Force One planes.

NBC 5 Dallas Fort Worth News reported that Boeing took the issue to court as GDC missed not just one but many deadlines and delivery timetables. The delays caused by GDC also threatened to jeopardize work that is of very high importance to the U.S. Air Force and the president of the United States. Boeing said in the filing that GDC is more or less one year behind schedule.

The contract between Boeing and GDC

It was disclosed that Boeing signed a contract to build two 747-8 planes to be designed for U.S. Air Force use. The deal is worth $3.9 billion, and the delivery date is December 2024. However, it was suggested that GDC is causing some delays. Despite the problem, Boeing’s spokesperson said that the company is still aiming to deliver on time.

GDC Technics contract with Boeing is for the design and building of the Air Force One’s interiors. In 2018, then-president Donald Trump asked for the presidential planes to be upgraded with a new design and color scheme, so Boeing hired GDC for the work requirements.