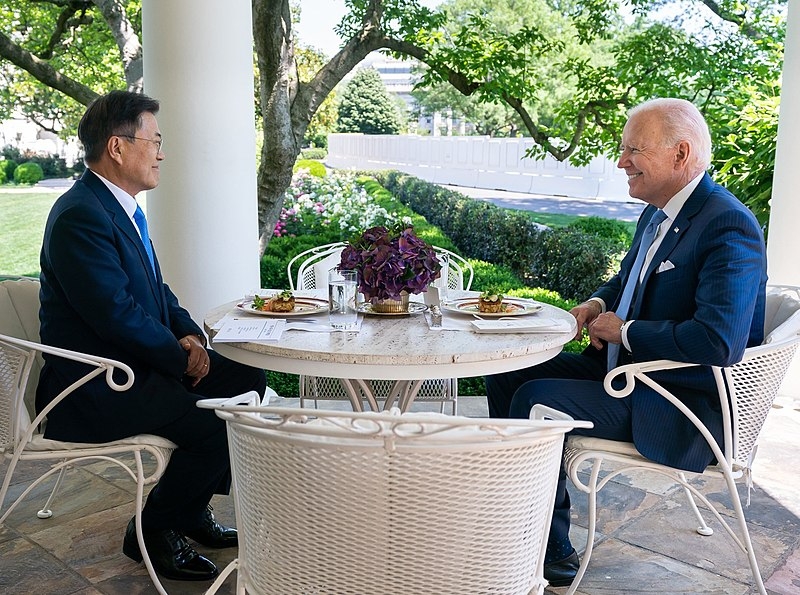 Over the weekend, US President Joe Biden had his first in-person meeting with South Korean leader Moon Jae-in. With common concerns regarding North Korea’s nuclear arsenal, Biden has also appointed an envoy to North Korea.

Biden appointed veteran State Department official Sung Kim as the official US envoy to North Korea. Kim previously served in the same position under the Obama administration and played a part in setting up Donald Trump’s summit with North Korean leader Kim Jong-un. Kim also previously served as the US ambassador to South Korea, the Philippines, and Indonesia and was an acting diplomat for East Asia.

Kim’s appointment follows discussions between Biden and the South Korean President, and in a joint news conference, Biden said he was willing to meet with the North Korean leader in the proper conditions. Biden said he and Moon both shared a common concern regarding North Korea’s increasing nuclear arsenal.

During the news conference, Biden said that his goal is for the total denuclearization of the Korean peninsula. However, Biden said he was aware that the effort to do so would not be very easy.

“We are both deeply concerned about the situation,” said Biden. “Our two nations share a willingness to engage diplomatically to take pragmatic steps that will reduce tensions.”

North Korea has rejected any diplomatic correspondence with the US so far, especially since Biden took office in January. Kim has also refused to surrender the country’s nuclear arsenal but has imposed a freeze regarding testing. Despite experts believe that North Korea has a growing arsenal, Kim Jong-un has not tested a nuclear bomb or an intercontinental ballistic missile since 2017.

This is also especially important for Moon, whose term as president expires in 2022. Moon also expressed optimism in Biden’s appointment of Kim as the country’s envoy.

In other news, last week, Biden said that the US welcomes the ceasefire that occurred between Israel and Hamas in the Gaza strip. Biden also reiterated the US support for Israel, saying that Israel has a right to defend itself against the militant group.

At the same time, Biden also noted that he spoke to Israeli Prime Minister Benjamin Netanyahu, Egyptian President Abdel Fattah el-Sisi, and Palestinian President Mahmoud Abbas in an effort to make a diplomatic engagement. Biden thanked the Egyptians for their role in overseeing the agreement.