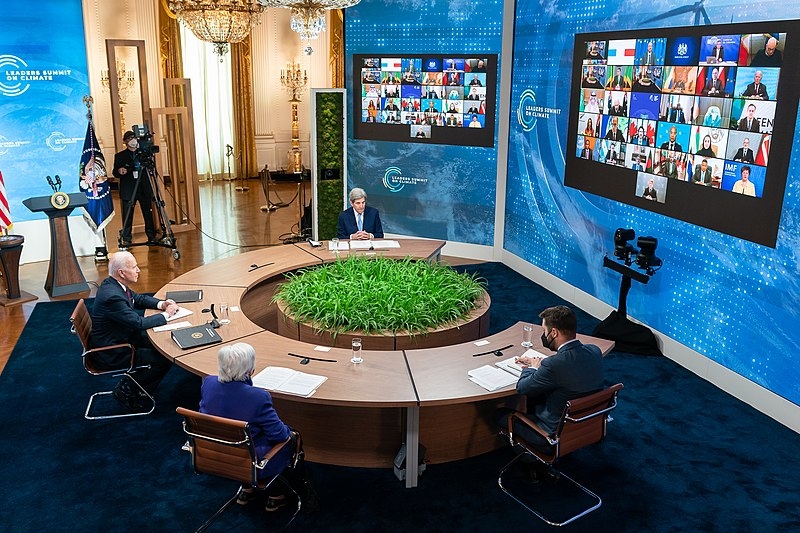 The ongoing violence against Palestine by Israel and the terrorist group Hamas has escalated as of late, prompting many to speak out against the airstrikes being done by Israeli forces. Amidst the recent airstrike by Israel at offices in Gaza, President Joe Biden has spoken with Palestinian President Mahmoud Abbas regarding the situation.

Over the weekend, Biden spoke on the phone with Abbas, marking his first phone call with the Palestinian leader since taking office. Their call was in the midst of the violence that was occurring between Israeli and Palestinian groups at the Gaza strip of the region. This also comes as Biden was criticized by members of his own party regarding his failure to acknowledge the Palestinian residents who have been caught in the crossfire.

Biden has already deployed an envoy in an effort to put an end to the fighting. However, both regional and international efforts have yet to show progress. The White House released a readout of the conversation. During the call, Biden stressed the need for militant group Hamas to cease firing rockets into Israel and both leaders have expressed mutual concern over the civilians, including children, that were killed.

Biden also expressed the US’ commitment to strengthening US-Palestine ties while noting his administration’s move to restore aid to the West Bank and Gaza that were previously cut by the Trump administration. At the same time, a summary of the call released by the Palestinian news outlet WAFA said that Biden opposed the eviction of Palestinians from Sheikh Jarrah in Eastern Jerusalem.

In other news, current and former aides have revealed what Biden is like behind the scenes, describing the US leader as very attentive to detail which would make him prone to getting impatient at times. According to Biden’s National Security Adviser Jake Sullivan, “Biden has a kind of mantra: ‘You can never give me too much detail’”

People who have regularly interacted with Biden had also revealed that the US leader has a “short fuse” and will cut people off if they are unable to answer all of his questions. Three White House advisers shared that there have been times when Biden hung up the phone on people whom he thought were “wasting his time.”

But despite the tendencies to become impatient, Biden’s “flareups” are nothing like that of his predecessor Donald Trump. Some aides revealed to the New York Times that Biden also has “unexpected moments of warmth,” and is a caring family man.