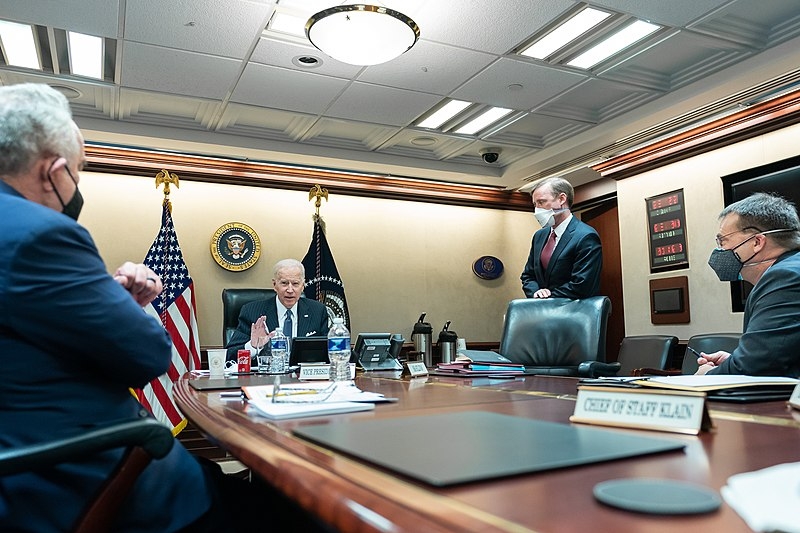 The unrest in Israel and Gaza has escalated in recent days, especially among Israelis and Palestinians. Joe Biden said this week that he hopes the conflict that is ongoing could be resolved and added that Israel has the right to defend itself from terrorist groups.

Speaking to the press Wednesday, Biden weighed in on the violence that has escalated in the region. Following Israel’s planned eviction of Palestinians at Sheikh Jarrah, Israeli officials cracked down on Palestinian protests against the eviction and raided the Al-Asaq mosque during Ramadan. Militia group Hamas had also resorted to firing rockets at Jerusalem.

According to the Israeli Army, Hamas fired 1,500 rockets onto several Israeli cities. However, the Israeli airstrikes have killed 65 Palestinians including 13 children and wounded over 300 others. Biden did not mention the Palestinian fatalities but said that he is being updated with his National Security and Defense staff about the incidents.

“My expectation and hope is that this will be closing down sooner than later, but Israel has a right to defend itself when you have thousands of rockets flying into your territory,” said Biden, who also spoke to Israeli Prime Minister Benjamin Netanyahu regarding the ongoing violence. A readout of the call with Netanyahu was released by the White House, with Biden condemning the ongoing violence and affirming his support for Israel’s security and right to defend itself.

However, Biden’s statement was met with backlash by several progressive Democrats including Alexandria Ocasio-Cortez, Ilhan Omar, and Rashida Tlaib. They criticized Biden for not mentioning how the violence has affected Palestine.

In other news, a letter from retired army generals and military officials questioning Biden’s health was met with criticism from other military experts including those who are currently serving as well as former Secretary of State Hillary Clinton. The letter appeared to repeat the grievances of former President Donald Trump including the false claim of election fraud. They did not cite any health conditions in the letter as they questioned Biden’s cognitive abilities.

Clinton commented on the letter, saying that it was “Bizarre, shameful, and untrue,” on Twitter.

Retired Air Force Colonel Marybeth Ulrich also blasted the letter. “That was way worse than I was expecting,” Ulrich told Politico. “They are absolutely violating the norm to be apolitical. They are being used for partisan purposes.”