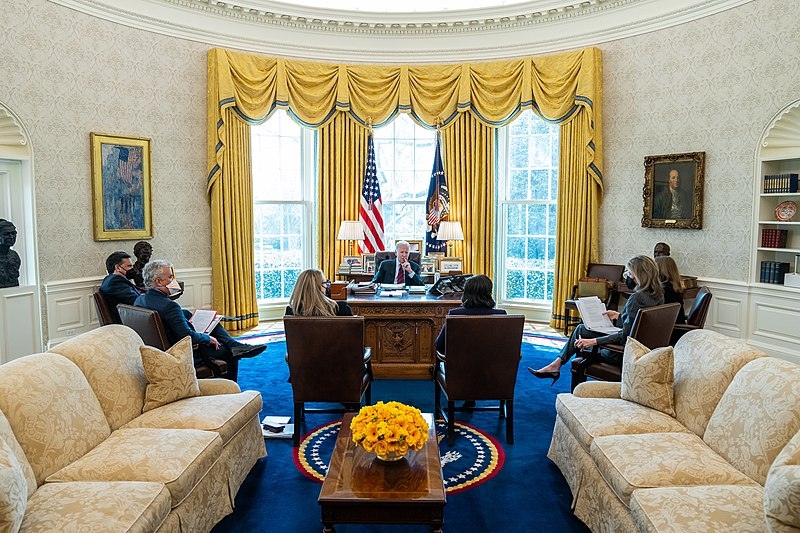 US President Joe Biden joined most congressional Democrats in condemning the leaked draft opinion ruling by the Supreme Court to strike down the 1973 Roe v. Wade abortion decision. Following the public outrage that came from the leaked draft, Biden is reportedly considering taking executive action on the key issue.

According to Reuters, officials and sources familiar with the matter said that Biden is considering using his executive powers to increase access and funds for women seeking abortions should the Supreme Court finalize its vote to strike down Roe v. Wade. This followed the leaked draft that was published on Politico last week.

“It may not all be executive orders…a lot of this is ensuring that we have increased access and funding so that women who are living in the states, if Roe were to be overturned, would be able to have expanded access and capabilities and some of that could be from the Department of Justice,” said Psaki.

A source told Reuters that the steps that are in consideration are asking federal agencies such as the Food and Drug Administration to do more. The CDC and the Surgeon General’s Office may also be tapped to release a report noting the mental, emotional, and physical impact on women who are unable to access reproductive healthcare.

When it comes to the DOJ, discussions involve the agency’s preparedness to defend doctors, pharmacists, and institutions that provide abortions and provide abortion medication from criminal cases or lawsuits.

In other related news, a new recording was released by New York Times reporters Jonathan Martin and Alexander Burns in light of their new book, revealing South Carolina GOP Senator and staunch Trump ally Lindsey Graham privately saying that Biden is the best person to lead the country. Graham made the comments shortly after the January 6 insurrection, and the recording was played on CNN.

Graham was asked in the recording if he thinks Biden could help the country come together again, to which he said, “Totally.”

“He’ll maybe be the best person to have. I mean, how mad can you get at Joe Biden?” said Graham.