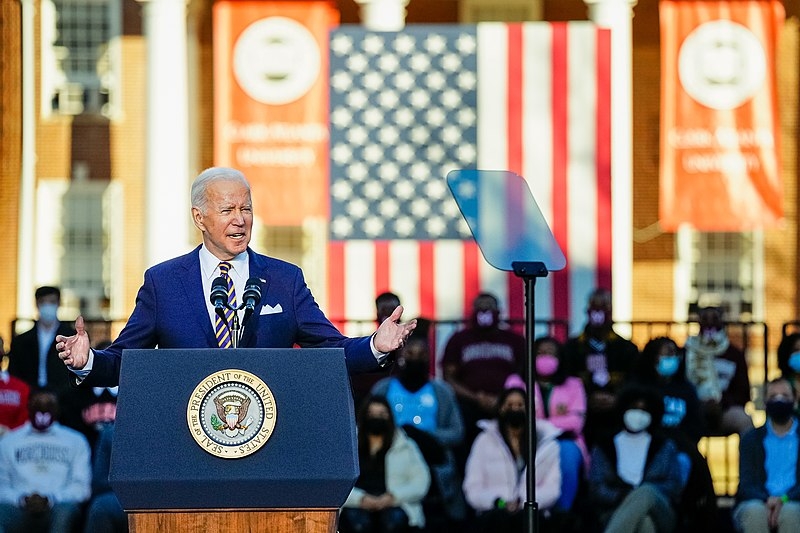 The family of the civil rights icon Dr. Martin Luther King, Jr. called on US President Joe Biden to exert the same effort he made into passing the bipartisan infrastructure bill into passing voting rights legislation. This comes as the Senate has yet to take up the voting rights bills that have passed the House.

Speaking with Politico Playbook Monday, Andrea Waters King, the wife of Martin Luther King III, said that the family wants to see Biden exert the same amount of force and effort he put into passing the infrastructure bill into pushing for voting rights legislation. Mrs. King explained that MLK Day was long seen by the family as a day of action, noting that Coretta Scott King always saw the holiday as a day of action rather than a non-working day.

“What we’ve seen with President Biden is what happens when he puts his full force and power behind an issue like infrastructure. What we want to see is that same power and passion being put behind voting rights,” said Mrs. King.

“No celebration without legislation,” said Martin Luther King III, who joined other activists on the Frederick Douglass Memorial Bridge to call for voting rights reform. The King family privately met with Biden and vice president Kamala Harris during their visit to Georgia.

The infrastructure bill that became law back in November received bipartisan support in Congress. Republicans have unanimously opposed the voting rights bills, and have blocked debate on the legislation four times in the Senate through the filibuster. Two Democratic Senators – Joe Manchin and Kyrsten Sinema, while expressing support for voting rights, have refused to carve out the filibuster.

In other related news, the Biden administration has launched a website for free at-home COVID-19 test kits ahead of the day the site was scheduled to go live. The site, CovidTests.gov, shows a form by the US Postal Service for people to order four tests per residential address. White House Press Secretary Jen Psaki said the site is still in its “beta testing” mode and was running at a “limited capacity” prior to the official launch.