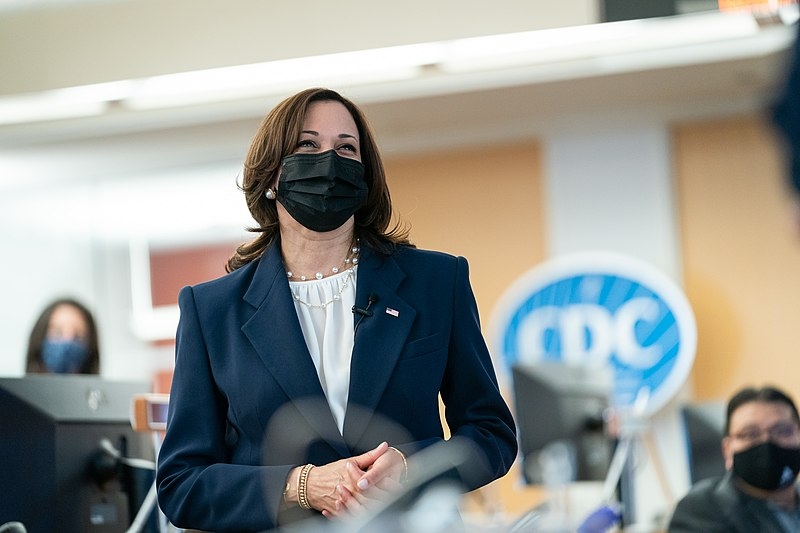 While the world may know Vice President Kamala Harris by her political position, to her family, she is also known as “Momala.” Harris took to social media to congratulate her stepdaughter, model Ella Emhoff following her college graduation.

Harris shared a photo of her with her stepdaughter on Instagram, congratulating her for graduating college. Ms. Emhoff recently graduated from The New School’s Parsons School of Design in New York City. Second Gentleman Doug Emhoff also shared a post congratulating his daughter, whom he shares with his first wife, Kerstin Emhoff, who remains close with their family.

“Congratulations to our daughter Ella on her graduation. I am so proud of you. Keep dreaming with ambition and there is nothing you cannot achieve. Love, Momala,” wrote Harris in the caption.

“My darling Ella, we are such proud parents! We love you so much and are very much looking forward to all you do in the future. And, to the other Class of 2021 graduates out there, huge congratulations!” wrote Emhoff in his post.

Back in August 2020, Harris gushed about the close relationship she has with her stepchildren and their stepmother. Harris said that her stepchildren don’t call her by “stepmom,” but rather “Momala,” and that their mother is a close friend of hers. Emhoff also shares a son, Cole Emhoff, with his first wife.

In other news, polls showing the favorability ratings of both Harris and Joe Biden showed the vice president falling below the 50 percent mark. In a YouGov/Economist poll last May 4, Harris received a 41 percent approval with a 49 percent disapproval. In another poll, by the same organization, last May 11, Harris’s numbers have improved slightly with 26 percent while Biden has 33 percent approval.

Among independent voters, Harris has a 38 percent favorability rating to a 53 percent unfavorable rating.

A piece from The Hill outlined possible reasons as to why Harris has a larger disapproval rating from the respondents. The biggest reason was likely due to her approach to the immigration crisis that the administration is currently facing. This has led several House Democrats and especially Republicans to criticize Harris, who was tasked with leading the immigration response.