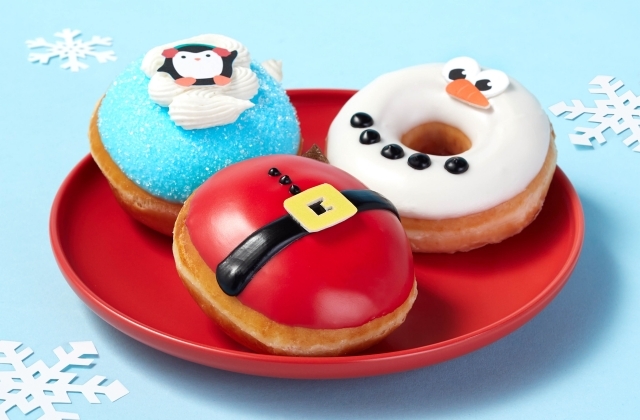 Krispy Kreme debuted three new wintery flavors for the most festive season of the year, and all of them feature the winter wonderland theme. Customers can purchase all the new flavors and designs that include the Poppy Penguin Doughnut, Snowy Sprinkle Donut, and the Snowman Smile Donut to celebrate the season.

It was added that two favorite holiday flavors are also coming back, and these are the Chocolate Iced with Holiday Sprinkles Donut and the Santa Belly Donut. Customers and fans can buy them in special limited edition boxes in Krispy Kreme outlets across the United States.

“There’s nothing like the season’s first snow to say the holiday season is here!” said Krispy Kreme’s chief marketing officer, Dave Skena, said in a press release for the launch of the holiday-themed donuts. “This year, we’re tapping into the anticipation of wintry, holiday fun with our snowy holiday collection.”

Chew Boom noted that the new Krispy Kreme “Let It Snow” sweet treat collection will be out in stores starting this Friday, Nov. 26. However, customers should take note that these will only be available for a limited time.

While the holiday donuts are set to be released across the country, some locations may not be included in the participating shops, so it would be better to inquire in advance in the nearest Krispy Kreme store.

In any case, the Poppy Penguin Donut will be loved by customers as it is filled with the original Krispy Kreme cream and dipped in icing then sprinkled with blue sanding sugar. This donut is  decorated with a penguin-shaped fondant.

For the Snowman Smile flavor, this one was also dipped in white icing but featured a snowman for its decoration. The donut base is also Krispy Kreme’s original glazed.

Lastly, the Krispy Kreme “Let It Snow” collection’s Snowy Sprinkle donut has blue icing and is decorated with snowflake sprinkles. Like the first two flavors, the original glazed donut was used to create it.