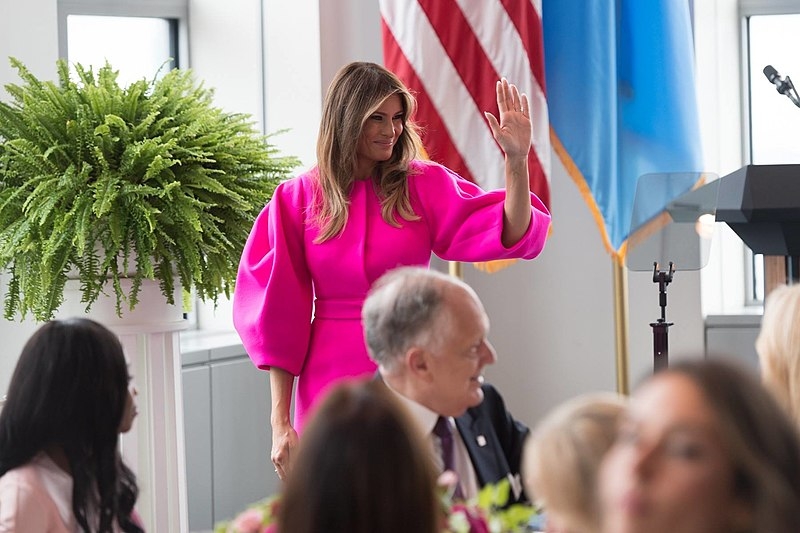 There has been a lot of speculation surrounding the marriage of outgoing president Donald Trump and first lady Melania Trump. A body language expert has claimed that despite being married, there is no love between the president and first lady.

Mrs. Trump and her husband have been married since 2005 and as the Trumps prepare to depart the White House by January, this left, it remains to be seen what they plan to do post-presidency. According to body language expert Susan Constantine, who is among the body language experts that have tried to predict what the Trumps may do, Melania and Donald do not have a loving bond with each other. Speaking to Mic back in November, Constantine said that there is no warmth and love between the couple.

Constantine’s comments have also been echoed by another expert Judi James. Speaking to Marie Claire, James analyzed how the couple did their first dance. “The first dance involves one piece of eye contact and little if anything in what are called tie-signs: Those small squeezes and pats and shared micro-expressions that couples use for silent communication,” said James.

Trump has hinted that he may run again in the 2024 elections. However, Melania may not be fully supportive of the idea. Relationship expert Nicole Moore noted that Melania was not too happy about her husband running for the presidency back in 2016. Moore analyzed the couple’s interview with Barbara Walters prior to the election. The expert explained that while Melania claimed to be supportive of her husband’s aspiration to become president, her body language said otherwise.

Recently, Mrs. Trump continued her annual tradition of visiting the Children’s National Hospital in Washington. In a statement released by the White House, Melania visited the patients and their families who are unable to spend the upcoming Christmas holiday in their homes. In this year’s visit, Melania also treated the patients and healthcare workers present to a reading of “Oliver the Ornament meets Marley & Joan and Abbey,” by Todd Zimmerman.

As per COVID-19 protocols, the patients that were present were socially distanced from each other. The reading was also broadcast to the 325 patients confined in their wards.