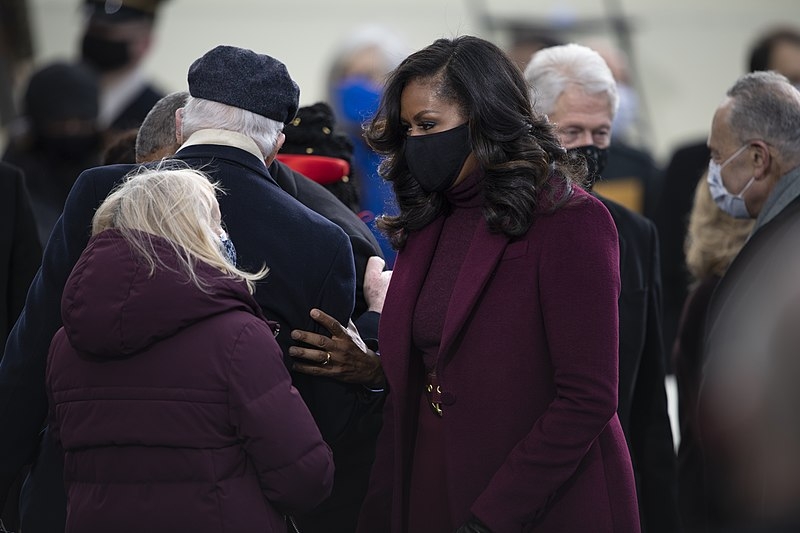 Recent books about the presidency of former President Donald Trump have revealed that Gen. Mark Milley feared Trump would attempt a coup to stay in power after losing the election. Another excerpt from an upcoming book revealed that he expressed relief and happiness in his conversation with former first lady Michelle Obama during the inauguration.

In the book “I Alone Can Fix It,” by Washington Post reporters Carol Leonnig and Philip Rucker, Gen. Milley, Chairman of the Joint Chiefs of Staff, told Mrs. Obama how happy and relieved he was during Joe Biden’s inauguration. Gen. Milley had reportedly been worrying that Trump would pull a coup in an attempt to stay in power.

“No one has a bigger smile today than I do,” Gen. Milley told the former first lady during their brief conversation at the event. “You can’t see it under my mask, but I do.”

Following the swearing-in of both Biden and Vice President Kamala Harris, Harris reached out to thank Gen. Milley, according to the book. Speaking with the authors, Milley expressed relief that no coup was initiated. Republicans and other right-wing figures have since called for Biden to dismiss Milley from his post following the claims that surfaced in the books.

Trump has since repeatedly denied the claims in the books and has attacked Gen. Milley. Trump said he was the last person who would initiate a coup and criticized Gen. Milley for “choking like a dog” during the Black Lives Matter protests in May 2020.

Meanwhile, the former first lady was included in a class-action lawsuit filed by the former president against the major social media platform Facebook. Trump was permanently or indefinitely suspended by most major platforms following the January 6 insurrection. The former president’s repeated false claims of election or voter fraud also contributed to the suspension given to him.

In the lawsuit, Trump alleged that the platform violated his 1st Amendment rights by censoring his content and suspending his account. Trump also claimed that the ban followed calls from Democratic lawmakers that threatened to take away immunity of social media platforms, thus forcing the platforms to banning him and helping Democratic campaigns.