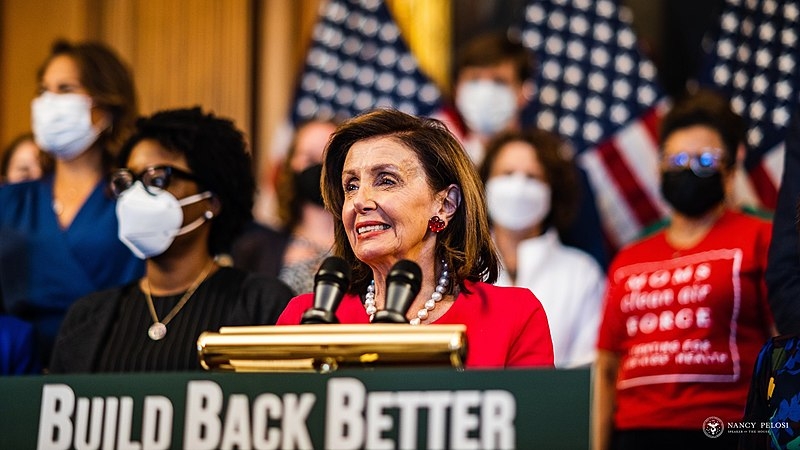 During a press conference at the Capitol this week, Pelosi commented on the legislation presented by Democratic congressmen John Yarmuth and Brendan Boyle in September that would transfer the authority of raising the debt ceiling from Congress to the Treasury. This also comes as more and more Democrats are considering abolishing the debt ceiling. The House is set to vote on clearing the short-term debt limit extension into early December.

“I think it has merit,” said the House Speaker regarding the legislation. Late last month, Pelosi also said the proposal was an “excellent idea.”

The calls to reform the debt ceiling also follow the refusal of Republicans in Congress to vote on raising the limit and to default instead. The GOP cited that as Democrats hold the majority in both the House and the Senate, they can do so through reconciliation, which is more time-consuming yet exempt from the filibuster. When the Senate Democrats initially held a vote on party lines, they were also blocked by the GOP through filibuster rules.

At the moment, Pelosi noted that she and other Democratic leaders are focused on making sure the legislation to avert the debt default would reach US President Joe Biden’s desk as soon as possible.

Pelosi is also tackling the debate on the $3.5 trillion reconciliation bill that also makes up a big part of Biden’s agenda as Democratic lawmakers are still trying to come to an agreement on the final number. Following Pelosi’s recent directive that parts of the economic agenda may have to be cut down from the bill to lower the price tag, Progressive Democrats have suggested another approach to keeping all of the parts of the proposal intact.

During a press conference, Rep. Pramila Jayapal explained that should the bill be smaller, then the expansions could be shortened from the initial proposal of 10 years rather than cut out parts of the proposal completely. “If we need to cut some of them back to fewer number of years, then we’d be willing to do that,” said Jayapal. “Why is that? Because we are not going to pit child care against climate change. We’re not going to pit housing against paid leave. We’re not going to pit seniors against young people.”