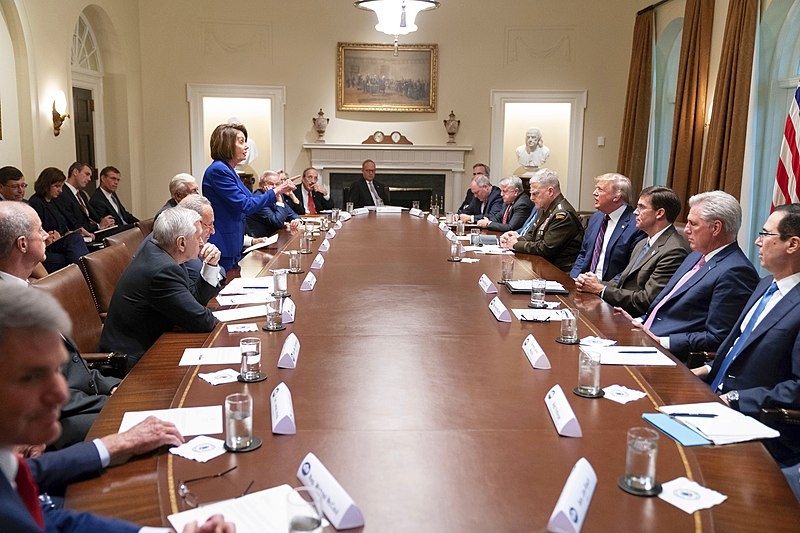 Pelosi’s office recently responded to the claims about the House Speaker in Grisham’s book, “I’ll Take Your Questions Now.” In the book, Grisham claimed that Pelosi at one point accused the Trump White House of “bugging” her phone after a tense meeting with the now-former president. The meeting at the White House back in October of 2019, according to Grisham, was regarding the response to Turkey when it went on the offensive in northern Syria.

The meeting got heated as Trump reportedly clashed with Pelosi and now-Senate Majority Leader Chuck Schumer. Grisham, who said she was in the room of the tense meeting, recalled that at one point in the meeting, Pelosi got up and pointed to Trump, saying that “all roads with you lead to Russia,” and that the now-former president “gave Russia Ukraine and Syria.”

“You’re just a third-rate politician!” Trump responded to the House Speaker, according to Grisham, who then wrote that both Pelosi and Schumer walked out of the meeting, retrieving the phones that, as per protocol, they had to turn in at the beginning of the meeting.

When the White House receptionist was taken by surprise at the abrupt departure of the Democratic leadership, they seemed to “stumble around” to search for their phones. Pelosi was still furious at the time, according to Grisham, who claims the California Democrat blasted the receptionist, accusing them of bugging her phone.

Pelosi’s spokesperson Drew Hammill responded to Grisham’s claims in the book. “Completely made up,” said Hammill, who also described the claims as “desperate trash.”