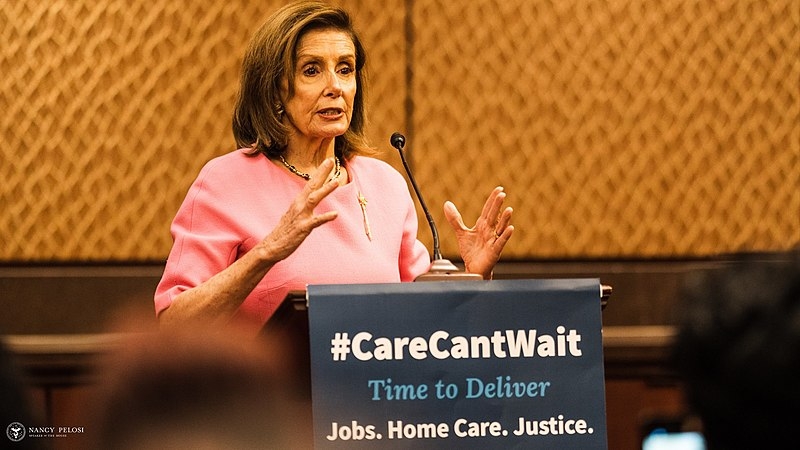 Over the weekend, Pelosi released a “Dear Colleague” letter, informing members of her caucus that the $1.2 trillion bipartisan infrastructure bill would be voted on by October 31. Pelosi explained that more time was needed to be able to pass both the $1.2 trillion proposal and the $3.5 trillion bill following Democratic lawmakers’ scrambling to get more votes. This signals a walk back from her promise to the moderate House Democrats to immediately get a vote on the bipartisan proposal that has already passed the Senate.

Pelosi’s deadline of October 31 also marks the day of the 30-day reauthorization of federal highway programs’ expiration. The House passed the extension Friday last week as rifts remain within the Democratic Party regarding the budget resolution.

“There is an October 31st Surface Transportation Authorization deadline after last night’s passage of a critical 30-day extension,” said Pelosi in the letter. “We must pass BIF well before then -- the sooner the better, to get the jobs out there.”

Pelosi also acknowledged the rift between moderate Democrats and progressive Democrats in the letter, saying that she would not bring both bills on the House floor to fail.

Moderate Democrats have asked to immediately vote on the $1.2 trillion bill, threatening to oppose the reconciliation bill if no action was taken. At the same time, progressive House Democrats have threatened to vote against the bipartisan infrastructure proposal if the reconciliation bill is not passed as well. US President Joe Biden visited members of his party last week in order to ease tensions between the two factions of the party.

Both bills represent the bulk of Biden’s agenda. During the weekly press conference last week, Pelosi commented on what the two proposals would mean to her career. “I just told members of my leadership the reconciliation bill will be the culmination of my service in Congress,” said the California Democrat, whose time as House Speaker may be winding down, having previously said that 2020 would be her last term as the House Democratic leader.