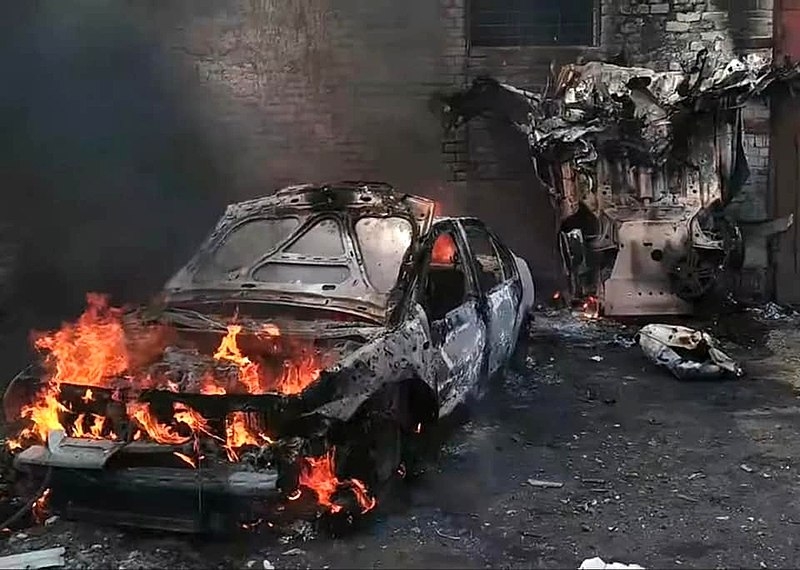 Russia’s war on Ukraine is moving into its third month as Moscow launched a new offensive in the eastern region. Russian forces are now targeting the main city in Ukraine’s Luhansk region as the fighting continues.

The Russian offensive has turned to a city in the Luhansk region as Ukrainian forces hold down the city of Severodonetsk. The region’s governor Serhiy Haidai said that battles were taking place in the city, which has a population of 100,000, as Russian forces are attempting to cut it off.

Haidai also said that dozens of Ukrainians were likely killed following a Russian airstrike at a school that served as a shelter to 90 people in the village of Bilohorivka.

“The heaviest fighting is going on towards Severodonetsk, all free settlements in the Luhansk region are hot spots,” Haidai wrote on the Telegram messaging platform. “Right now there are shooting battles in [the villages] of Bilohorivka, Voivodivka, and towards Popasna.”

Haidai said that an incoming supply of weapons would help aid the Ukrainian defenders against Russia. Haidai also said that while the Ukrainian military has withdrawn from Popasna, Ukrainian soldiers have “moved to stronger positions, which they had prepared ahead of time.”

Russia has turned its attack on Ukraine in its eastern regions of Luhansk and Donetsk, where parts of the territories are occupied by Russia-backed separatists, who have been fighting since 2014.

As a result of Russia’s unprovoked invasion of Ukraine, the West as well as many other countries, have imposed sanctions that also targeted Russian oligarchs and their family members. The leaders of the G7 group of countries have all agreed to phase out their respective countries’ dependence on Russian energy.

The agreement comes amidst a new set of sanctions that they plan on imposing on Russia to pressure Moscow into ceasing its attack on Ukraine. Following a virtual meeting with Ukrainian President Volodymyr Zelenskyy Sunday, the G7 leaders also pledged to “elevate” a campaign against Russian elites who have supported dictator Vladimir Putin.

In a statement, the G7 said that Putin has brought “shame” to his country and the “historic sacrifices of his people” in its invasion of Ukraine, 77 years after the end of World War II.