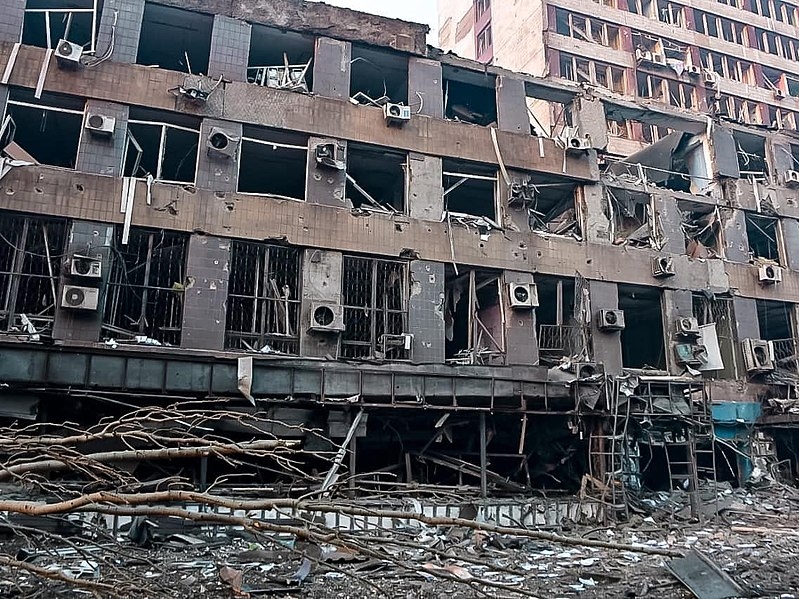 Russia is continuing its offensive in the eastern and southern territories of Ukraine as the war approaches its third month. The port city of Mariupol remains bombarded by rockets in the midst of evacuations and as the European Union prepares its new set of sanctions on Russia.

According to Reuters, the Ukrainian city of Mariupol continues to get bombarded by rockets launched by Russian forces in the area. Officials said Tuesday that 200 civilians remain trapped in Mariupol as it continues to be under siege despite evacuation efforts that are ongoing.

The new offensive by Russia on the eastern and southern parts of Ukraine resulted in more commitments by the West to send in heavier weapons and more ammunition. The EU is set to finalize a ban on the purchasing of Russian oil Tuesday in another effort to pressure Moscow to cease its aggression.

The US Congress is considering sending a $33 billion military aid package and the UK this week pledged to send in an additional $375 million in military assistance.

The new bombardments on Mariupol this week follow a United Nations-led ceasefire around the area to allow civilians to evacuate. It remains to be seen whether the new offensive was preventing more evacuations from taking place. Russia is targeting Mariupol as it looks to cut Ukraine off from the Black Sea, connecting the Russian-controlled territories in the south and the east.

Mariupol’s mayor Vadym Boychenko said that he hoped the first column of evacuees would be able to reach the Ukrainian-controlled city of Zaporizhzhia Tuesday. Boychenko added that more civilians are still trapped in bunkers and tunnels around the area while around 100,000 are still in the rest of the city.

“This is Ukraine’s finest hour, that will be remembered and recounted for generations to come,” said Johnson, referencing the phrase used by Winston Churchill in his address back in 1940.

“The so-called irresistible force of Putin’s war machine has broken on the immoveable object of Ukrainian patriotism and love of country,” said Johnson, who said that the Russian dictator was “sowing the seeds of catastrophe for himself and for his country” with the war he has waged on Ukraine.