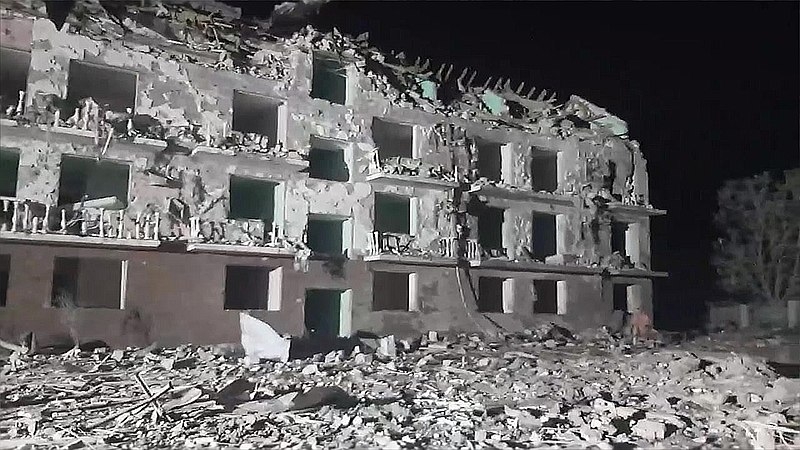 Ukraine has stepped up its defenses against Russian forces as Moscow makes advances into the eastern and southern territories of Ukraine in the fourth month of the war. Ukrainian missiles struck back and hit a Russian military base in the occupied city of Melitopol.

“At 3 o’clock and 5 o’clock, there were over 30 strikes on a single military base,” Federov shared on the Telegram messaging platform Sunday.

Federov explained that the missiles hit the Russian military aerial logistics base and that other resistance by Ukrainian troops caused the derailing of a Russian armored train that was carrying ammunition near Melitopol.

Russian forces occupied the base on the second day of the invasion and were used to store weapons and ammunition for the heavy weapons.

Federov went on to explain that “everything is still detonating” at the base that was hit by Ukrainian missiles.

Reuters also reports that Ukrainian troops have ultimately withdrawn from the last remaining stronghold in the eastern region of Luhansk, giving Moscow a win in the midst of the ongoing war.

Ukrainian forces withdrew from the city of Lysychansk, saying the withdrawal would prevent any more casualties who would regroup to launch a counterattack with the use of long-range weapons from the West.

However, Moscow said that capturing Lysychansk less than a week after seizing Severodonetsk meant Russia liberated the territory from Ukraine. Moscow said that the city would be given to the self-proclaimed People’s Republic of Luhansk, which is made up of pro-Russian separatists.

The heavy fighting would now shift to Donetsk, where Ukraine still controls most of the territory.

“If the commanders of our army withdraw people from certain points at the front, where the enemy has the greatest advantage in firepower, and this also applies to Lysychansk, it means only one thing,” said President Volodymyr Zelenskyy in his nightly address. “That we will return thanks to our tactics, thanks to the increase in supply of modern weapons.”

Zelenskyy also said that Russia was focusing its firepower on the Donbas area, but Ukraine would strike back with long-range weapons such as the US-provided HIMARS rocket launchers.