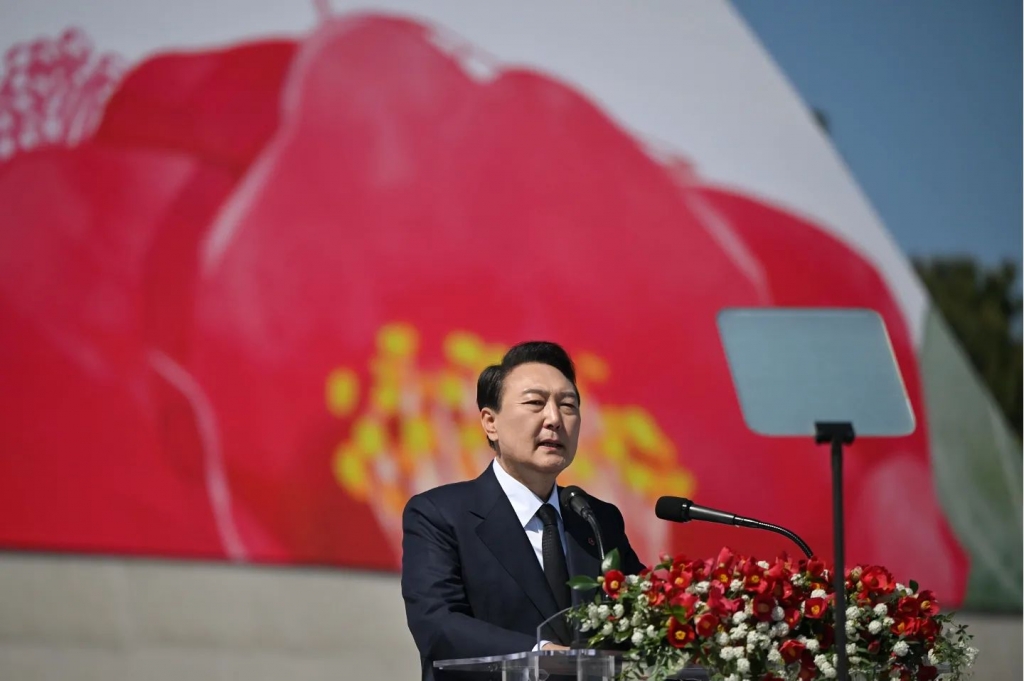 Incoming South Korean President Yoon Suk-yeol is set to be inaugurated as the nation’s new leader in the coming weeks. This week, Yoon’s office said that he plans to attend the World Economic Forum in Davos next year.

Reuters reports Yoon’s spokesperson Bae Hyun-jin said Thursday that the incoming South Korean president plans to attend the annual World Economic Forum in Davos, Switzerland, next year. Bae said that Yoon will be attending upon receiving the invitation from the forum’s chairman Klaus Schwab during their meeting that took place Wednesday.

Yoon is to be inaugurated on May 10, succeeding Moon Jae-in, for a five-year term after winning the elections in March.

This follows the meeting between Yoon’s top foreign policy aides with Japanese Prime Minister Fumio Kishida this week. Yoon’s delegation met with the Japanese leader Tuesday as both leaders are looking to repair strained ties between the two countries.

Yoon has previously stated his desire to improve relations with Japan, as ties between the two nations are frayed, stemming from conflicts that go as far back as Japan’s colonization of the Korean peninsula from 1910 to 1945. The legacy of the era may still derail efforts to improve relations.

The efforts to improve relations between South Korea and Japan also come at a time when both are facing threats from North Korea and its multiple weapons tests this year, including the testing of an intercontinental ballistic missile.

Japan said that Kishida is also looking to improve relations during the meeting, and stressed the importance of the trilateral cooperation between Japan, South Korea, and the US. Chung Jin-suk, who is leading the South Korean delegation, told reporters that they agreed with Kishida to work towards improved ties and mutual interests.

Yoon has described the strained relations as the “Achilles’ heel” of the Japan-US-South Korea cooperation. Both Yoon and Kishida have already agreed to bolster the three-way ties with the US in responding to North Korea.

The visit to Japan also comes amidst speculation in the South Korean media that Kishida may attend Yoon’s inauguration. The last time a Japanese minister attended a South Korean inauguration was back in 2008.