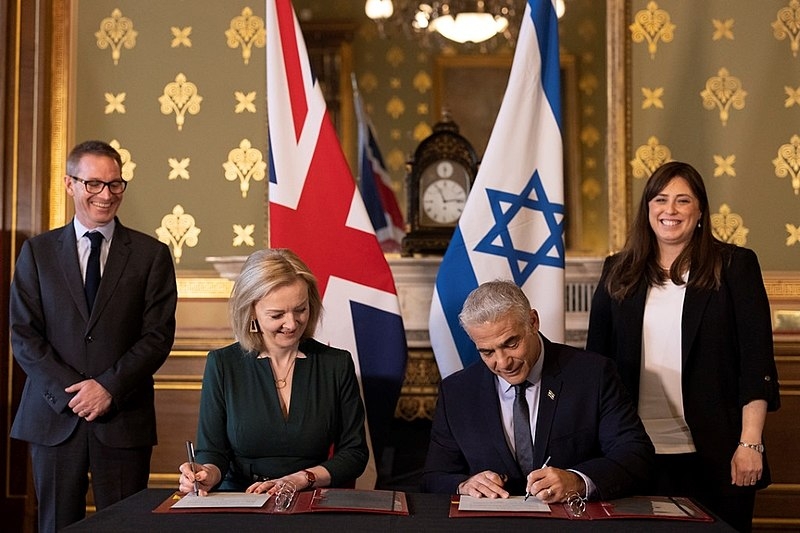 In a move that follows the United States under Donald Trump, Truss is reportedly considering moving the British embassy from Tel Aviv to Jerusalem. Truss told Lapid about her consideration during a meeting on the sidelines of the gathering of world leaders in New York this week.

Reports citing an official familiar with the matter said that Truss told Lapid “about her review of the current location of the British embassy in Israel.”

The United Kingdom’s embassy in Israel has long been in Tel Aviv, even as Israel designated Jerusalem as its capital.

In a report by the Jerusalem Post, Lapid expressed hope that Truss would consider relocating the embassy, according to an Israeli official familiar with the matter.

Before winning the leadership race this month, in a letter to the Conservative Friends of Israel, Truss said she was considering transferring the British embassy to Jerusalem while adding that she is aware of the “importance and sensitivity” of the location.

This follows the move by then-US President Donald Trump in 2018, after announcing that the US embassy would be moved to Jerusalem the year before. The move to relocate the embassy angered Palestinians and brought international condemnation.

Previous world leaders have refrained from moving their embassies to Jerusalem as the city’s status needed to be resolved through negotiations between Israel and Palestine as Palestinian leaders see East Jerusalem as their future capital.

The Trump administration closed down the US Jerusalem consulate, which was the de facto US embassy for Palestinians. US Secretary of State Antony Blinken has pledged to reopen the consulate.

Truss also met with US President Joe Biden on Wednesday in her first meeting with Biden as the UK’s prime minister, and both of them expressed the need to uphold the 1998 Good Friday Agreement that brought peace to Northern Ireland. Their assurances come as both leaders are trying to avoid tensions over the region.

“We both are committed to protecting the Good Friday Agreement in Northern Ireland. I’m looking forward to hearing what’s on your mind and how we can continue to operate,” said the US leader ahead of their meeting.