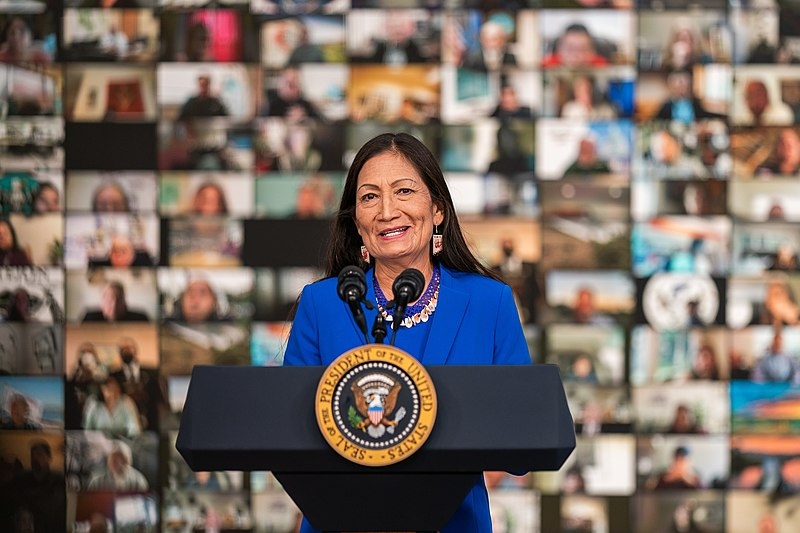 US Interior Secretary Deb Haaland made history as the first Native American to become a member of a presidential Cabinet. Haaland recently called on the Senate to pass the legislation that would probe the deaths of 500 Native American children in schools in the country.

Haaland is calling on Congress to pass legislation that would address the history of abuse Indigenous children have faced over the years in the country.

The Interior Department conducted a study on government-run schools and found that over a period of 50 years, 500 Indigenous children died across 19 schools, according to the first report published in May.

The report found that in those schools, Indigenous children had their hair cut and were forbidden to speak their native language, among other measures that would erase their heritage and integrate them into white US society.

During a hearing of the Senate Committee on Indian Affairs, Haaland also outlined the steps that the government could take, such as passing S.2907, which is a bill that would establish a Truth and Healing Commission to address the school system’s legacy. Haaland sponsored the legislation during her time as a member of Congress.

The bill would require the panel to make recommendations to protect unmarked graves and identify the original tribal areas from where the children were taken. The bill would also establish legislative guardrails to keep present-day governmental institutions from assimilating Native American children.

“Some of the most influential decisions by the department on the lives of American Indian, Alaska Native, and Native Hawaiian children involve those related to federal Indian boarding schools,” said Haaland. “That is part of America’s story that we must tell. While we cannot change that history, I believe that our nation will benefit from a full understanding of the truth of what took place and a focus on healing the wounds of the past.”

Also, this week, the Senate passed a breakthrough gun safety bill after years of attempts to pass such legislation. 15 Republicans joined Democrats in approving the bill on a vote of 65-33, weeks after the horrific mass shootings in Buffalo, New York, and in Uvalde, Texas.