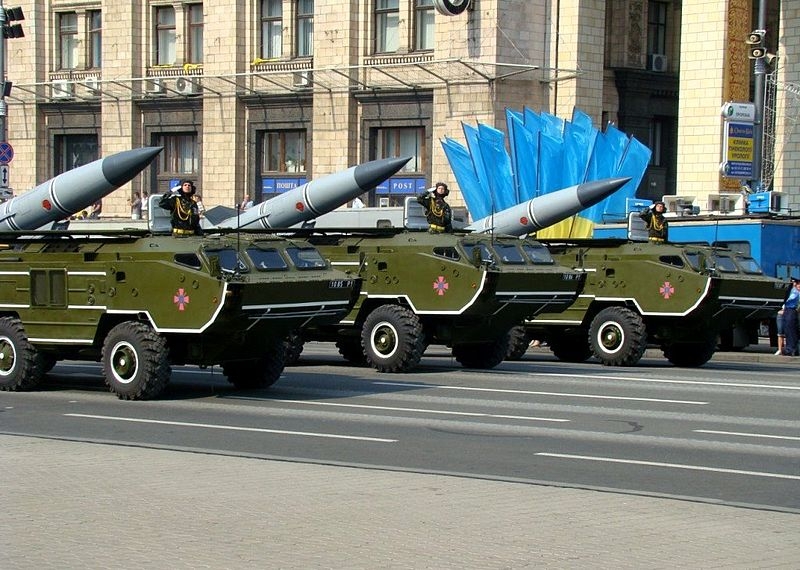 Tensions are still high between Ukraine and Russia, with the possibility of turning into another world war. Fears of a military conflict have been stoked following Ukraine’s recent airstrike drills along its border with Russia.

Express reports that Ukraine’s military carried out airstrike drills along its border region that it shares with Russia Monday. This comes as thousands of Russian troops are stationed at the border that the two countries share. Ukraine has also moved armored personnel carriers into positions within its territory, with both units conducting a simulated attack on an enemy target.

The drills were filmed, and the footage showed the landing of Ukrainian troops flanked by helicopters and aircraft.

This recent military airstrike drill follows a previous warning by Ukraine’s defense intelligence agency, Brigadier General Kyrylo Budanov, of the possibility that Russia may attempt to invade Ukraine. Budanov warned that a possible invasion may come as soon as 2022.

Budanov explained that around 92,000 Russian troops have gathered in the area where the border of the two countries lies, according to intelligence reports.

Russia recently pushed back on the possibility of Ukraine joining the NATO alliance, warning against admitting the country. An expert with ties to the Kremlin has also warned that Russia may decide to attack Ukraine should it join the organization.

Research director Fyodor Lukyanov of the think tank backed by Russian President Vladimir Putin, the Valdai International Discussion Club, explained why Russian troops are further amassing at its border with Ukraine. Lukyanov warned that a military conflict may arise should NATO decide to expand its membership eastward. Lukyanov explained that the risk of a potential military conflict is higher when non-NATO member countries like Ukraine start abiding by the same “game” as the countries that are members of the alliance.

“It is hard to imagine the nightmarish scenarios crafted by the bloc’s junior partners to alarm their patrons could ever be proven write,” wrote Lukyanov in a piece published this week.

“They routinely insist Putin wants to test the boundaries with NATO by attacking the Baltic states and Poland. In reality, Moscow seems to believe the bloc will honor its obligation more than those in Riga and Tallinn do -- but when non-members, like Ukraine, start playing this game as well, the risk of a potential military conflict grows far higher,” explained Lukyanov.