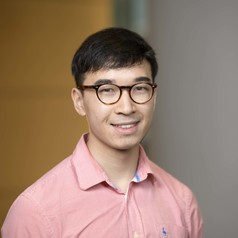 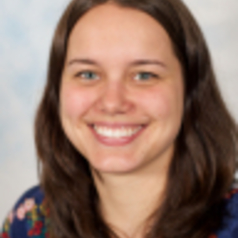 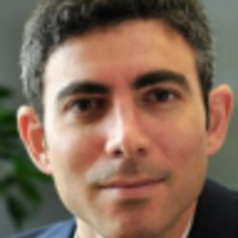 Many cancers, especially in earlier stage disease, are treated by removing the tumour. But even after the tumour has been removed, there’s still a chance that cancer cells remain in the body and the cancer can come back. Currently, patients undergo regular check-ups, scans, and blood tests so that doctors can monitor their status and make decisions about any further treatments that may be needed.

But increasingly, doctors have begun basing these treatment decisions around genomic information from the person’s tumour DNA. Each person’s DNA is unique and, even more so, each tumour is genetically unique. By sequencing a person’s tumour sample or biopsy, doctors can begin to understand what DNA changes have taken place and caused the cancer to grow. This method allows them to choose a treatment better suited to the patient, in a personalised way.

Our latest research takes this concept one step further. We found that it was possible to very sensitively detect tumour DNA in a person’s blood using personalised blood tests. This new method may be used to plan treatment for patients to help prevent cancer from coming back.

Past research has shown that in patients with cancer, cancerous tumours release DNA which can be found in their bloodstream. We call this circulating tumour DNA. Given that cancer DNA contains mutations – which makes it distinct from other DNA molecules found in the blood – this provides an exciting opportunity for new approaches to cancer monitoring through blood tests.

However, detecting circulating tumour DNA in the bloodstream can often be like searching for a needle in a haystack. In patients with early-stage cancer, or after their tumour has been removed, the concentration of cancer-derived DNA in the blood can be very low, making it challenging to detect with methods that are currently used for clinical testing.

In our recent study, published in Science Translational Medicine, we show that circulating tumour DNA can be detected with very high sensitivity in the blood when we compare it to a profile of the tumour’s genome. This allows us to know exactly which mutations to look for in the bloodstream, in a way that is personalised to each patient.

Some tumours can have hundreds or many thousands of mutations. Each patient’s list of mutations provides multiple different targets for cancer detection in blood, allowing us to effectively search for many different circulating tumour DNA molecules. We developed a computational method that looks through many DNA fragments in the blood based on a patient’s tumour mutation profile. It can carefully scan many DNA molecules from the blood to find signals from tumour mutations.

We found that through this personalised sequencing approach we could detect as little as one or a few mutation-carrying DNA fragments that came from the tumour out of a million DNA fragments in the blood. This method can lead to approximately ten-fold greater sensitivity compared to previous methods.

We used this method to study blood samples from patients with both early and advanced-stage cancers of different types, including melanoma, lung and breast cancer. Patients with early-stage disease had low concentrations of cancer DNA in their blood, as did patients following surgery.

Patients with brain or renal tumours appeared to have lower concentrations of cancer DNA in their blood than patients with other types of cancers. These tumour types seem to release fewer DNA molecules into the bloodstream, though the reasons for this are still unclear. Despite these low levels, we also showed that our approach could detect them with higher sensitivity than other methods.

These types of sensitive, personalised blood tests might be useful for following up cancer patients after they have had surgery. This is because after surgery some patients may have some cancer cells remaining in their body – which could mean that their cancer might be more likely to relapse.

These patients may have extremely low levels of circulating tumour DNA in their blood. Being able to more accurately identify those patients at high risk of relapse – or detect disease relapse earlier – could help decide which patients may need additional treatment after surgery. This hypothesis will still need to be tested in future trials.

Because our method searches for many mutations, instead of just one, it can help detect signals even in small volumes of blood. So we wondered if this highly sensitive method might even be used to test as little as a single droplet of blood. Being able to do this would not only reduce testing costs, but could enable entirely new approaches for cancer monitoring.

We found that when we analysed sequencing data from the equivalent of a single drop of blood, our analysis method was still able to measure the levels of tumour-derived DNA in blood, although not quite at the same level of sensitivity. Combined with our recent demonstration of methods to sequence DNA from dried blood spots, we suggest that it might be possible to monitor cancer levels in the blood from pin-prick blood samples. This might in the future even be done at home and may enable more frequent monitoring of a patient’s disease between clinic visits. It could also help broaden access to cancer diagnostics for those further away from specialist cancer centres.

In recent years, personalised cancer blood tests used to detect tumour DNA – sometimes called “liquid biopsies” – have made major strides. Now, companies are beginning to offer personalised tests for research studies. In a clinical setting, blood-based cancer profiling has been approved for use where a tumour sample is not available.

Tumour sequencing and personalised blood tests go hand in hand: together, they allow physicians to monitor very small tumours with greater sensitivity. These highly sensitive personalised cancer tests are an emerging area of medicine – and are likely here to stay.