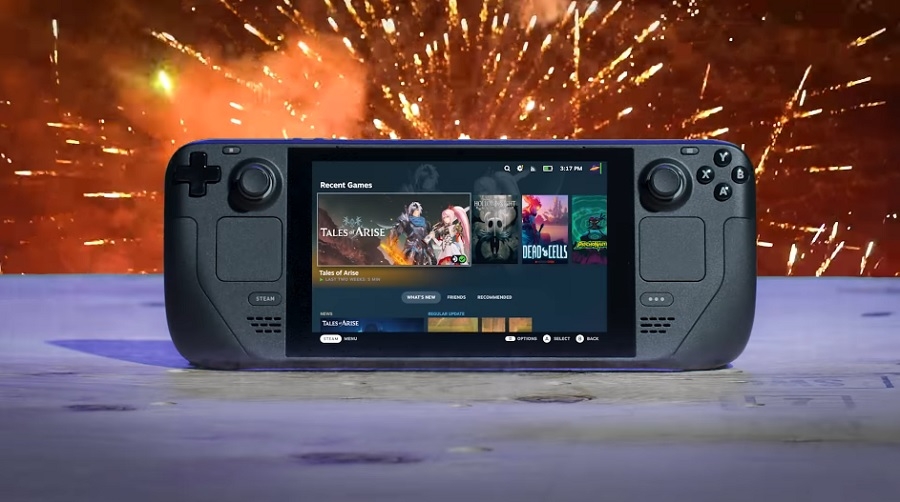 Valve's Steam Deck remains elusive, especially to those who were a little late in queuing for reservations. And to give customers a better idea of when they can order the portable PC gaming hardware, the company updated its reservation page to add some information on its availability.

To recap, it is still not an option to directly place an order for Steam Deck. Customers have to put in a reservation fee first and then wait for an order email from Valve. Before the changes to the reservation page on Monday, the website only indicated which quarter the device would be most likely available. Gamers who only recently got reservations, for example, may have seen a Q3 2022 or After Q3 2022 estimate.

However, the small update to the Steam Deck reservation page offers more specific information on the timing of Steam Deck's availability. So for customers who will get the "After Q3" order window, the product page now indicates that that window means October 2022 or later. "No reservation windows have been changed or delayed, only some additional info," Valve told Steam customers.

Welcome to Q2! We've just sent out the first set of order emails to Q2 reservers (in order of reservation time). Starting today we're ramping up Steam Deck shipments, and will be sending more order availability emails every week. Sometimes even twice a week! pic.twitter.com/54TAoCQXfd

The additional information on the Steam Deck reservation page was announced along with the confirmation that Valve has already sent order emails to customers that were promised they could place orders in Q2 2022. Per the official FAQ, people receiving the order emails only have 72 hours to complete their purchase.

Aside from the estimated order window seen on the product page, it is best for people with Steam Deck reservations to keep an eye on Valve's order email. The company also announces on Twitter when these emails have been sent.

Those who have not received an email yet after the Monday announcement should still look out for updates from Valve. "Starting today we're ramping up Steam Deck shipments, and will be sending more order availability emails every week," the company added. "Sometimes even twice a week!"

The Steam Deck comes in three variants with different storage options, including 64GB (eMMC) for $399, 256GB (NVMe SSD) $529, and 512GB (NVMe SSD) for $649. Customers will have to choose which model they are going to purchase upon placing a reservation.