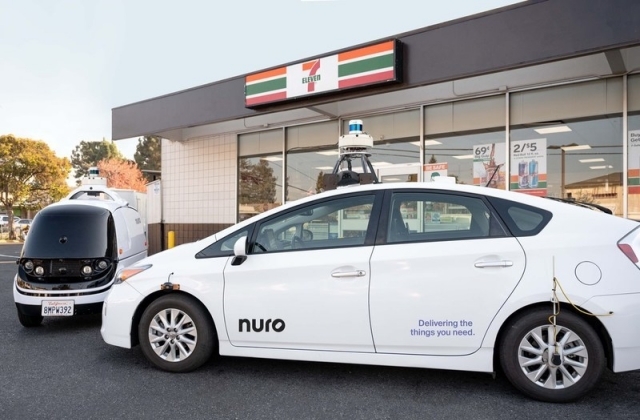 7-Eleven and Nuro, an American robotics company, is set to launch a commercial driverless delivery service in California. The robotics tech startup is also planning to release more autonomous delivery services that are not just driverless vehicles, but it has yet to get regulatory approval in the United States.

7-Eleven and Nuro announced on Wednesday, Nov. 1, that they will be rolling out the very first commercial autonomous delivery service in the state. According to Reuters, the service will initially use Toyota’s Prius hybrid electric sedan that has been converted to an autonomous vehicle that has a safety driver to keep an eye on the technology.

Nuro also said that the Toyota Prius cars are the first step in the company’s multi-phase approach to establishing commercial autonomous delivery to select areas. The tech company added that together with 7-Eleven, they will make a joint decision to launch Nuro’s R2 driverless cars as soon as possible.

The autonomous delivery service will be offered to customers in Mountain View, California where Nuro’s headquarter is located. Currently, it was mentioned that using Toyota Prius and R2 vehicles, it is already delivering for Domino’s Pizza in Houston, Texas.

"7-Eleven has owned and defined convenience since 1927. Our first foray into autonomous delivery was in 2016 when 7-Eleven became the first retailer in the U.S. to make a drone delivery to a customer's house,” 7-Eleven chief digital officer, Raghu Mahadevan, said in a press release.

He added, “Since then, we haven't stopped looking for ways to redefine convenience for our customers inside and outside the four walls of our stores and fast forward to 2021, we are pushing the boundaries of innovation even further to provide customers with the first commercial autonomous delivery service in California and I can't wait to see where we go from here."

Meanwhile, 7-Eleven will start testing online order delivery in California where the goods will be delivered using Nuro’s autonomous vehicles. Customers can place orders via the company’s 7NOW delivery app and goods are expected to be delivered within 30 minutes or less, as per Fox Business.

7NOW delivery app was first introduced in 2017 and it is available nationwide. The app is downloadable via Google Play Store and Apple’s App Store. One of its best features is that customers can track their orders in real-time.