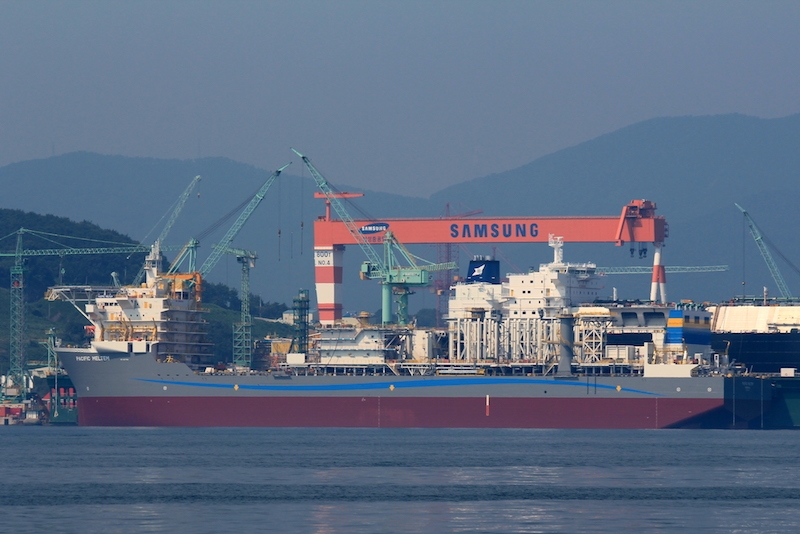 Samsung Heavy Industries Co.'s net loss expanded to 535.9 billion won in the first quarter from a net loss of 227 billion won a year ago due to the COVID-19 pandemic and a surge in prices of steel plates.

It was attributed to the increased cost due to the rise in steel plate prices, allowances, and the evaluation losses from its five drillships.

With new orders for 42 ships worth $5.1 billion in the first quarter, Samsung Heavy revised its annual order target to $9.1 billion from the current $7.8 billion.

To improve its financial health, the shipbuilder is reducing the face value of its shares by 80 percent from 5,000 won to 1,000 won. Since the number of its outstanding shares will remain the same, the capital reduction will not hurt the valuation of its shareholders' holdings.

The shipbuilder also plans to raise 1 trillion won by selling its new shares.