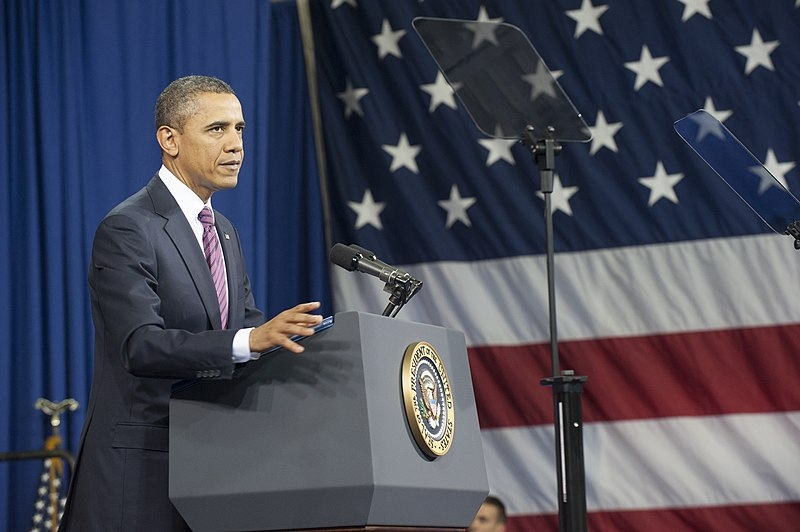 The death of George Floyd sparked massive protests for the Black Lives Matter movement all over the country in May 2020. Following the verdict given to suspect Derek Chauvin, former president and first lady Barack and Michelle Obama issue a statement, reacting to the ruling

The Obamas released a joint statement shortly after the verdict was given to Chauvin. Chauvin was ruled guilty on charges of second-degree murder, third-degree murder, and second-degree manslaughter for the killing of Floyd by kneeling on his neck. The former president said that the jury in Minneapolis “did the right thing” in convicting Chauvin, but the work to fight systemic racism continues.

“Today, a jury did the right thing. But true justice requires much more. Michelle and I send our prayers to the Floyd family, and we stand with all those who are committed to guaranteeing every American the full measure of justice that George and so many others have been denied,” tweeted the former president, enclosing his statement in the post.

In the statement, Obama reflected on the impact Floyd’s death had not only in the US, but around the world. The former president cited the “murals and marches, sparking conversations in living rooms and new legislation.” Obama noted that the conversations must continue in order to end racism, and said that while holding Chauvin accountable by convicting him was a step in the right direction, more efforts must be made.

In other news, Obama also addressed police reforms in a Los Angeles Book Club meeting Wednesday that was recorded on April 15. Joined by filmmaker Ava DuVernay, the former president said police reforms start by reimagining the role of law enforcement. Obama noted policing towards the African-American community, and highlighted the importance of voting in local elections.

The former president noted that most criminal and law enforcement issues would come from a state or local level than federal. Obama advised young activists to “be clear and strategic” regarding who is a state or district attorney when it came to voting in local elections.

“They’re the ones who are going to decide whether or not to prosecute a police officer who’s used excessive force,” said Obama.