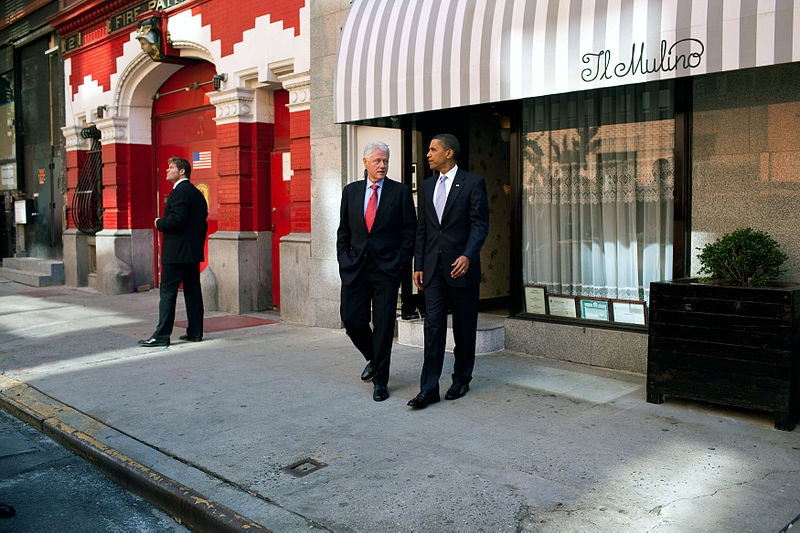 Former Presidents Barack Obama and Bill Clinton are among the many former and current lawmakers and leaders who have spoken about former Vice President Walter Mondale this week. Obama and Clinton paid tributes to the late vice president and reflected on his legacy.

Both former presidents extended their condolences and reflected on the late vice president’s legacy in statements on social media. Mondale passed away from natural causes surrounded by his immediate family at 93 years old. Mondale also served as vice president to Jimmy Carter, who also paid tribute to his former colleague.

“Walter Mondale championed progressive causes and changed the role of VP -- so leaders like @JoeBiden could be the last ones in the room when decisions were made. In selecting Geraldine Ferraro, he also paved the way for @VP to make history. Michelle and I send prayers to his family,” tweeted Obama.

Clinton, whom Mondale served as the US Ambassador to Japan during his two terms as president, said Mondale “believed in the power of government to make a positive influence in people’s lives, and proved it at every stage of his career -- with deep policy knowledge, a tireless work ethic, and uncommon decency.”

Carter also honored his former colleague, calling him “the best vice president in our country’s history.” Mondale was preceded by the death of his wife Joan in 2014 and his daughter Eleanor in 2011. He is survived by his two sons, Ted and William Mondale.

In other news, Obama also praised the verdict given to Derek Chauvin over the death of George Floyd. Chauvin was ruled guilty for three charges: second and third-degree murder and second-degree manslaughter. Floyd’s death set off widespread Black Lives Matter protests in the country back in May.

In a joint statement, the Obamas addressed the protests and credited the activists for inspiring change from the legislation to the court’s verdict. The Obamas also noted that the guilty verdict on Chauvin is only a part of the need to address and combat systemic racism that is still evident in the country.

“While today’s verdict may have been a necessary step on the road to progress, it was far from a sufficient one. We cannot rest. We will need to follow through with the concrete reforms that will reduce and ultimately eliminate racial bias in our criminal justice system…”