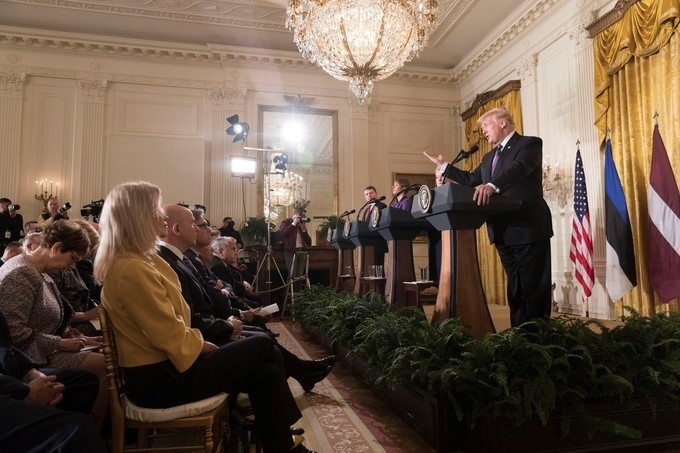 In the hopes of blocking or stalling the House Committee’s investigation into the Capitol insurrection, former President Donald Trump has filed to sue to block the National Archives from releasing records of his presidency. However, the latest order of the DC Court of Appeals suggests that this ongoing lawsuit may not be in his favor.

NBC News reports that the US Circuit Court of Appeals for DC has informed the former president’s lawyers, the House Committee, and the National Archives that they should be prepared to address a matter of jurisdiction of the lawsuit. This means they are to present the case of whether the court has the authority to hear the dispute. Their oral arguments will take place on November 30.

Earlier this month, federal judge Tanya Chutkan ordered the Archives to release the documents to the panel, but the appeals court granted a brief stay in other to look into the issue longer. The recent order suggests that the fact that the court is also wondering if it has the authority to take up the case is a bad sign for the former president, who has sought to keep his White House records hidden.

Despite the records, significant witnesses have also been coming forward to testify before the panel regarding their knowledge of what may have transpired behind the scenes following the 2020 elections and leading up to the Capitol insurrection. The former president has apparently waived attorney-client privilege on adviser and former police commissioner Bernie Kerik to testify before the panel. Kerik was subpoenaed by the committee on November 8.

The panel noted in its letter to Kerik the report by the Washington Post revealing that Kerik worked with Rudy Giuliani as early as November 5 to look into the baseless allegations of voter fraud and promote the former president’s “Stop the Steal” efforts.