Coway’s ad gains massive views for the first time, and it thanks to BTS 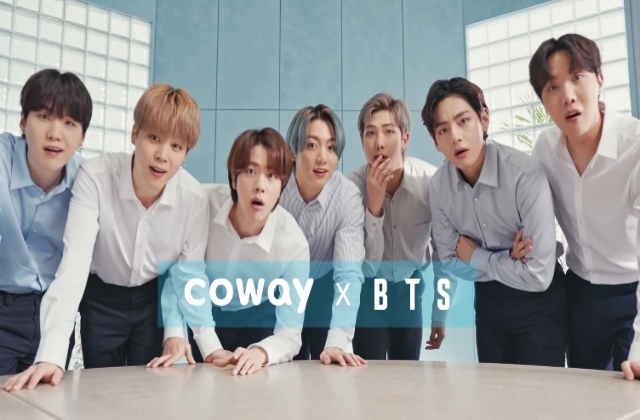 Coway is officially being represented by BTS, the South Korean Kpop superstars, and it has been releasing a series of advertisements recently featuring the boy band. With the postings of the ads, the company immediately felt the unmatched popularity of BTS when it was reported to have already gained more than 10 million views on YouTube in just 17 days after the uploads.

As per The Korea Herald, this is another proof of BTS’ success in the commercial ad industry, and surely, this is a big gain for Coway as well since the septet has been promoting its range of products. In the particular commercials, RM, JungKook, V, Jin, Jimin, J-Hope, and Suga were shown advertising the home products manufacturer’s water purifier and mattress.

Based on the report, the commercials recorded millions of views, and at least 25,000 comments were left on the clips’ thread. This is said to be a big first for Coway as its promotions featuring BTS are the company’s only video ads that have garnered this much number of views in a very short time.

“Reaching over 10 million views in 17 days is our biggest record yet for advertisements, which makes it more meaningful,” Conway’s marketing office head, Shim Byung Hee, said in a statement.

Coway revealed that it is planning to release more content with BTS. These will be uploaded on various social media platforms, and as a bonus, behind-the-scenes videos of the boy band will also be posted.

In any case, BTS and Coway’s partnership was confirmed just last month. The S. Korean company that makes home appliances and accessories signed a deal with Big Hit Entertainment, now Hybe, for the group’s services to promote its products.

“2021 is a crucial year for Coway to expand our brand presence as the global leader of the environmental home appliance industry, and we’re delighted to appoint BTS as our global ambassador,” Coway’s marketing head Mani Shim said in a press release. “We’re ready to strengthen our global presence through exciting digital marketing projects that’ll reach a larger consumer base.”