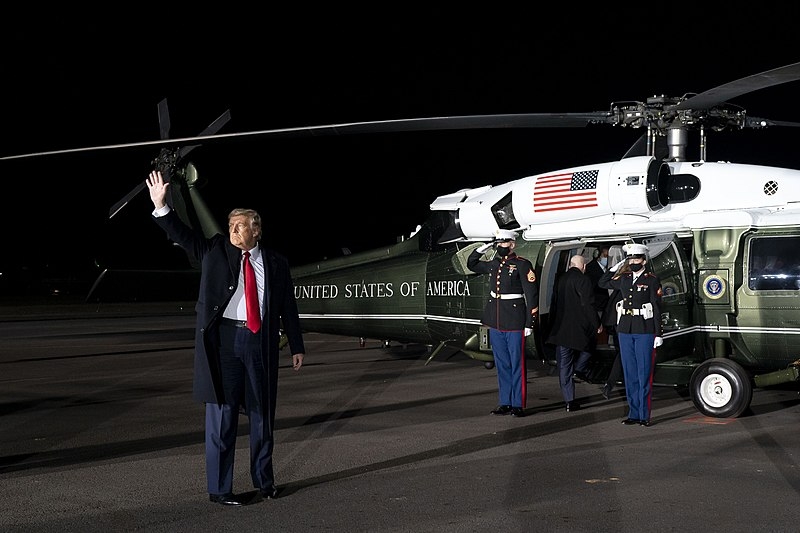 Now-former President Donald Trump did not reach a favorable conclusion to his talks with North Korean leader Kim Jong Un back in February 2019. However, before the two leaders would part ways, Trump offered Kim a ride back to North Korea on Air Force One.

In the BBC program “Trump Takes On the World,” Trump administration National Security Council Asia expert Matthew Pottinger revealed that the then-Commander in chief made an unusual offer towards the North Korean dictator. Back in February 2019, during the Hanoi Summit where Trump and Kim would discuss North Korea’s nuclear program, Pottinger revealed that Trump offered to give Kim a ride back to Pyongyang via Air Force One. The offer came when Trump found out that Kim traveled to Hanoi by train through China.

“President Trump offered Kim a lift home on Air Force One,” said Pottinger. “The president knew that Kim had arrived on a multi-day train ride through China into Hanoi and the president said ‘I can get you home in two hours if you want.’ Kim declined.”

This moment was also written about by journalist Bob Woodward in his book, “Rage,” about the now-former president. Woodward obtained 27 letters Trump and Kim wrote each other and revealed that they had established a friendship but it remains to be seen if the friendship is genuine or not. Woodward noted that the letters Trump and Kim wrote each other were very personal in tone rather than sounding like a standard diplomat.

Relations with China under Trump’s administration have been severely strained. This is what Chinese state councilor and Foreign Minister Wang Yi noted when he blasted the Trump administration for damaging relations with China. Wang also called on Joe Biden to reopen the dialogue in re-establishing bilateral relations between the US and China, saying that the Trump administration’s actions to suppress and contain the Communist nation was doing more harm than good. Wang also urged the US to remove the tariffs placed on Chinese goods and lift the suppression imposed on the country’s tech sector.

“Over the past few years, the United States basically cut off bilateral dialogue at all levels,” said Wang. “We stand ready to have candid communication with the US aide and engage in dialogues aimed at solving problems.”