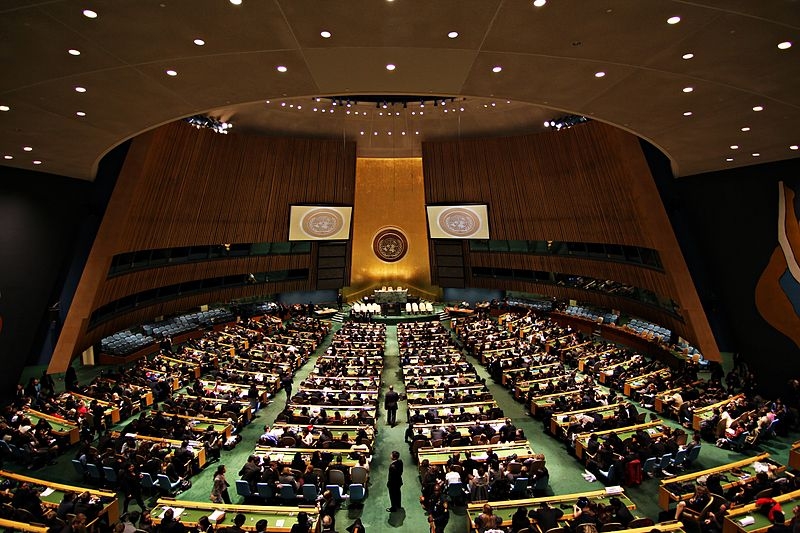 After more than a year of indirect negotiations, a restored nuclear deal may be imminent between Iran and other world powers. Tehran said it does not rule out meeting on the sidelines of the United Nations General Assembly to revive the deal.

Iranian foreign ministry spokesperson Nasser Kanani said Monday that Tehran is not ruling out a possible meeting on the sidelines of the UNGA in New York to revive the 2015 nuclear agreement.

Kanani said the country’s chief nuclear negotiator Ali Bagheri Kani is part of the Iranian delegation at the assembly, but no specific plans are made.

“However, I do not rule out the possibility of talks regarding the nuclear deal,” said Kanani, adding that Tehran remains involved in the negotiations.

Kanani also dismissed the possibility of having a bilateral meeting between Iran and the United States in New York. Tehran and Washington have no diplomatic relations since 1979 and are still at odds over many issues.

In an interview on CBS Sunday, Iranian President Ebrahim Raisi said Tehran would be serious about restoring the 2015 nuclear agreement if there are guarantees that Washington will not withdraw from the deal again as it did in 2018 under Donald Trump. At the time, Trump deemed the agreement as weak and imposed sanctions instead.

“If it’s a good deal and fair deal, we would be serious about reaching the agreement,” said Raisi.

Iran is expected to use the UNGA to maintain a continued diplomatic approach to restore the deal.

France said Monday that there is no better offer for Iran to revive the deal with world powers and that it was up to Tehran to decide with the European coordinator for the talks, saying that there was a slim chance of progress.

“There will not be a better offer on the table and it’s up to Iran to take the right decisions,” said French foreign minister Catherine Colonna on the sidelines of the UNGA. Colonna added that there are no initiatives being done to unblock the impasse.

The EU’s foreign policy chief Josep Borrell also echoed Colonna’s concerns. Borrell told reporters that there would not be any progress during the gathering of world leaders this week in New York.