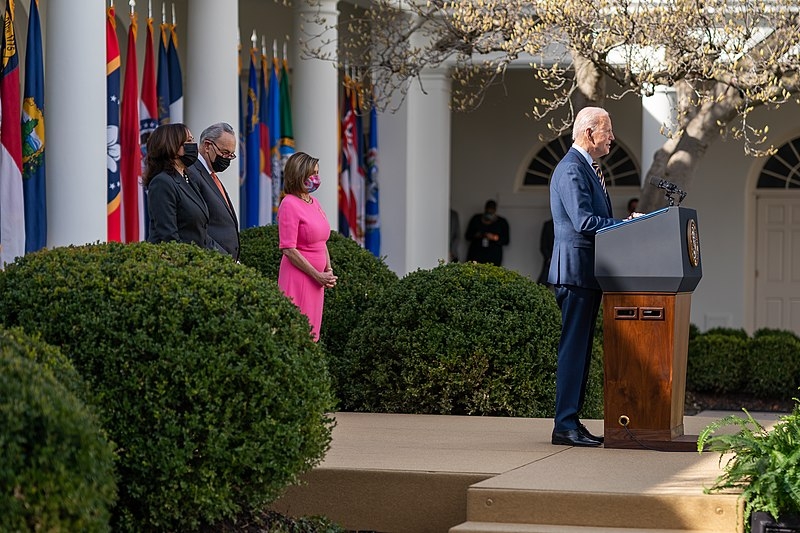 Speaking to the press at the Oval Office Sunday, Biden described the event as “tragic” and added that he has yet to speak to Wright’s family on the phone. Wright was shot and killed by a police officer upon getting pulled over close to the Brooklyn Center in Minneapolis. The place was 14 miles north where George Floyd was killed in 2020 by police officer Derek Chauvin, who knelt on his neck for nine minutes.

“I haven’t called Daunte Wright’s family, but my prayers are with the family. It’s a really tragic thing that happened,” said Biden. “The question is was it an accident? Was it intentional? That remains to be determined by a full-blown investigation.”

According to Wright’s mother, who had spoken to him prior to the shooting, Wright was pulled over for having an air freshener hanging from his rearview mirror. It should be noted that this is illegal in the state. Brooklyn Center Police Chief Tim Gannon said that based on the body camera video, the officer who shot Wright mistook her taser for a gun when she opened fire.

Biden then called for protests for Wright’s death to be “peaceful,” echoing the plea from Wright’s mother. Floyd’s death in 2020 set off widespread protests that led to rioting and looting at times but were mostly peaceful in nature. When pressed if he would deploy federal resources to keep the peace, Biden said he had already done so in light of Chauvin’s trial for Floyd’s murder.

In other news, Biden’s upcoming Earth Day climate summit may see attendance from Chinese President Xi Jinping. The two-day summit that will be held virtually on April 22 and 23 will be focused on whether carbon-emitting nations can provide a path in cooperation amidst a frayed relationship in other matters.

People knowledgeable with the matter told the South China Morning Post that Xi was expected to attend. Prior to his attendance, US climate envoy John Kerry is expected to visit Shanghai to meet with his Chinese counterpart, Xie Zhenhua, this week.