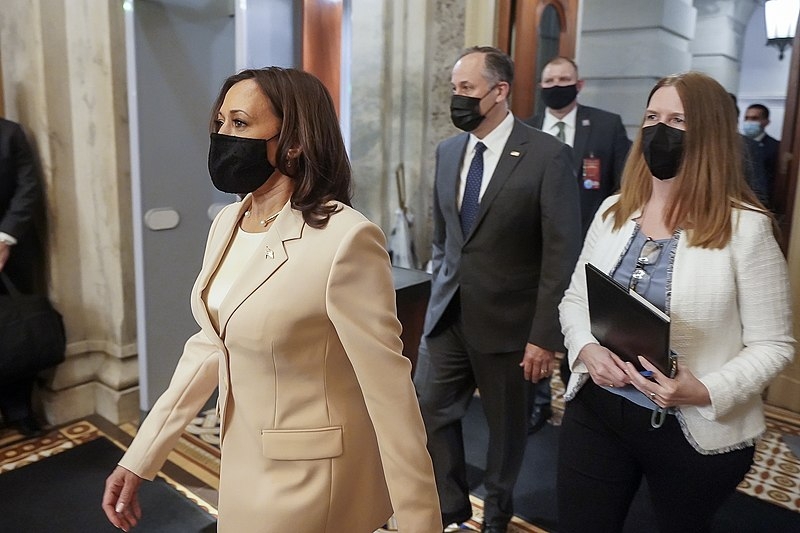 Shortly after Joe Biden made his first address to Congress Wednesday, Republican Senator Tim Scott gave the Republican party’s response to his remarks. Vice President Kamala Harris also gave her response to Scott’s remarks regarding systemic racism in the country.

In an interview Thursday on ABC’s “Good Morning America,” Harris responded to Scott’s rebuttal regarding racism in the country. Harris, being the first Black vice president, agreed that while the US is not a racist country, but noted that it must still be addressed, especially its role in the country’s history. Harris added that while there is a need to unify the country, the truth must also be spoken, and accountability is required.

Scott, the only Black Republican Senator from South Carolina, said that America is not a racist country. The Republican lawmaker added that there is an issue with “fighting discrimination with other types of discrimination” and the attempt of “using our painful past to dishonestly shut down debates of the present.”

“No, I don’t think America is a racist country,” said Harris during the interview. “But we also do have to speak truth about the history of racism in our country and its existence today,”

“These are issues we must confront, and it doesn’t -- it does not help to heal our country to unify us as a people to ignore the realities of that,” added the vice president. During the interview, Harris also praised Biden for calling out the existing problem of white supremacy in his remarks and the US intelligence community’s determining of the issue as the most dangerous terrorist threat to the country.

Previously, right-wing news outlets and commentators reported a claim by the New York Post that Harris’ children’s book “Superheroes are Everywhere” was included in the welcome kits of migrant children that have entered the US. This led to the outlets and commentators to criticize Harris for failing to personally visit the southern border as the administration faces a massive influx of migrants looking to enter the US. However, the claims in the piece were revealed to have been fake.

Officials at the Long Beach facility have dismissed the claim saying that migrants at the border are not receiving copies of Harris’s book. Only one copy of the book was donated as part of a book and toy drive for child migrants.