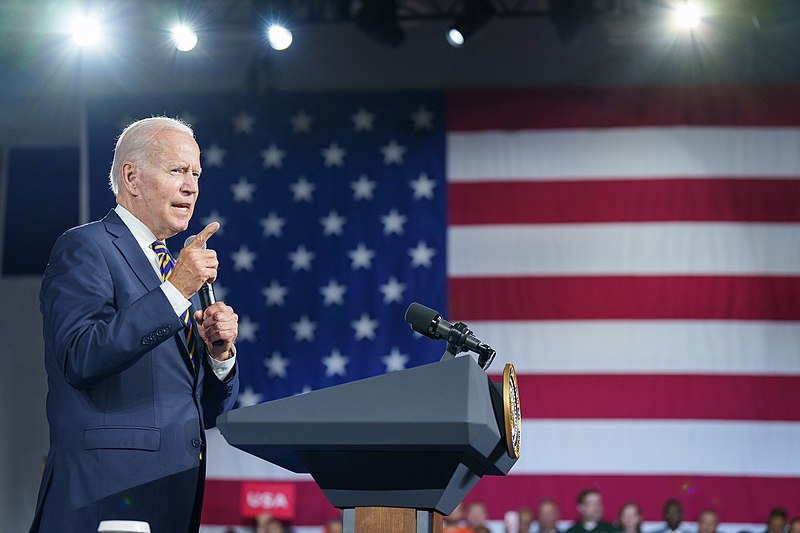 US President Joe Biden called for Congress to pass the legislation aiming to require political action committees and other groups to disclose their “dark money” donors that contribute to over $10,000 in election cycles. The bill, however, appears doomed to fail due to the lack of Republican support in an evenly divided Senate.

In remarks at the White House, Biden called for the Democratic-controlled Congress to pass the legislation, adding that advocacy groups can continue running election advertisements in the leadup to election day without disclosing who funded the advertisements. Biden went on to urge Republicans to join Democrats in supporting the legislation.

“There’s too much money that flows in the shadows to influence our elections,” said Biden. “I believe sunlight is the best disinfectant.”

Senate Majority Leader Chuck Schumer said Monday that the legislation is up for a vote this week, as congressional Democrats are looking to increase election transparency ahead of the November midterm races after the failure to pass major voting rights legislation earlier this year.

The legislation does not have the support of 60 senators to bypass the filibuster.

Republicans argued that companies have a right to express their views through anonymous donations. Democrats, however, argue that dark money has “warped” the country’s political system, which leads to policies that do not reflect the views of the nation.

“There’s no justification under heaven for keeping such massive contributions hidden from the public,” said Schumer.

The legislation, also known as the DISCLOSE Act, if passed, would also require groups that spend money on judicial nominees to disclose their donors.

Meanwhile, the White House also said Tuesday that Biden is set to nominate Lynne Tracy, the current ambassador to Armenia, to become the new US ambassador to Russia.

The ambassadorial position in Russia has been vacant since early this month when John Sullivan ended his tenure in the midst of increasing bilateral tensions over Russia’s invasion of Ukraine.

Tracy previously served as the deputy chief of mission at the US embassy in Moscow from 2014 to 2017. Tracy was sworn in as the ambassador to Armenia in 2019 and served as a senior adviser for Russia affairs in the State Department’s Bureau of European and Eurasian Affairs.