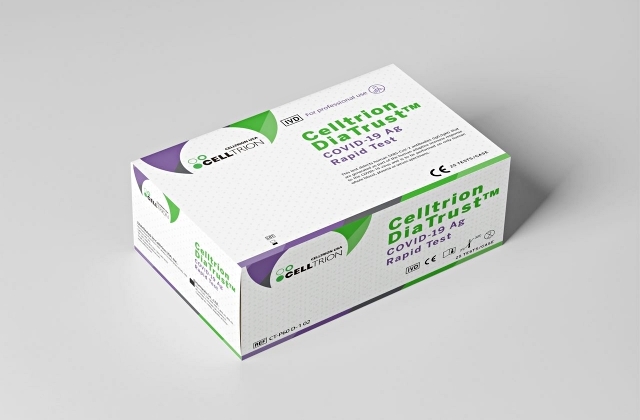 Celltrion revealed on Thursday, Sept. 23, that it would be supplying its rapid COVID-19 test kit called DiaTrust to the US government. This happened after the nation’s Department of Defense awarded the contract to them.

According to The Korea Herald, based on the agreement signed by Celltrion and the US Defense Logistics Agency, the United States could purchase additional kits if necessary. For the initial supply, the amount of the contract is said to be $626.61 million or 738.2 billion in Korean won.

Details for the initial order, like how many would be delivered was not disclosed. However, the publication stated that Bloomberg mentioned that the deal was for a total of 19 million DiaTrust test kits. With its contract with the DOD, Celltrion became the US’ largest supplier of rapid COVID-19 test kits.

“The fact that we were awarded a procurement contract by the DLA after having passed its strict screen process is a recognition of Celltrion’s technology and supply capability,” Celltrion USA chief executive officer, Bonjoong Kim, said in a press release. “With the COVID-19 pandemic still not showing signs of waning, we plan to focus on executing this contract as diligently as possible and further solidify the external credibility of Celltrion’s diagnostic test kits portfolio.”

It was added that the DiaTrust kits that will be delivered through this deal are point-of-care tests (POCT). This means that the COVID-19 rapid test will only be used in the presence of medical professionals. Apparently, this is for safety and to ensure that the process is done properly for more accurate results.

As per Pulse News, DiaTrust was jointly developed by Celltrion and Humasis, a Korean R&D company. The test kit was authorized by the US Food and Drug Administration (FDA) for emergency use last April.

Finally, Celltrion’s DiaTrust rapid COVID-19 kit is an antigen test that is used in medical settings. It can reveal the results on the spot since it only takes as little as 15 minutes to complete.