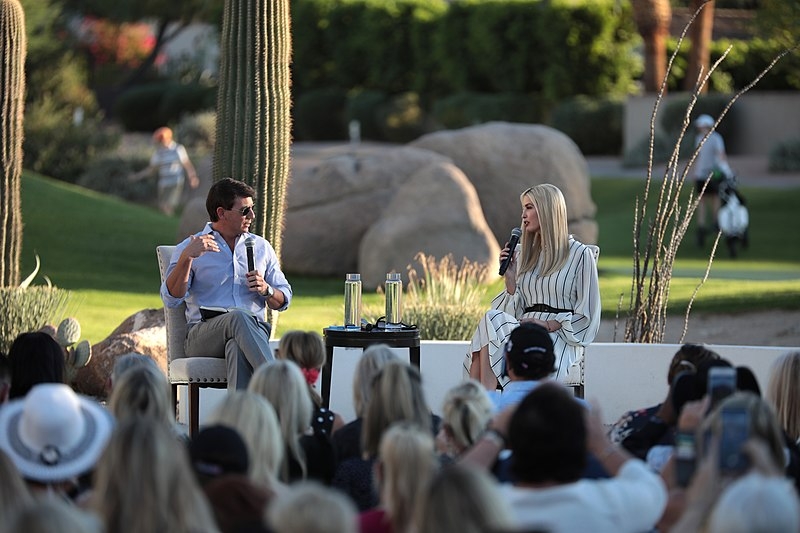 With Donald Trump departing from the White House in a few weeks as Joe Biden’s inauguration nears, many have now looked to his children, specifically Ivanka Trump, with speculations on whether they are eyeing a political career. The soon-to-be-former White House adviser recently got everyone speculating on whether or not she would consider running for public office.

Ivanka quote-retweeted a post from Iowa Governor Kim Reynolds, who was commemorating the day Iowa became the 29th state in the union back in 1846. The White House adviser only captioned her tweet with a heart emoji but has since brought on speculations that she may be eyeing to run for public office or in 2024 for the Republican presidential nomination. Iowa was a state that voted for her father in the recent elections.

This is despite her father’s hints that he is going to run for reelection again in 2024. Not many presidents seek to run again after losing reelection and even fewer succeed in winning. Nevertheless, should the outgoing president signal a 2024 run, as he controls a large portion of the Republican party, he may emerge as the sole nominee once again. However, it is also possible that Ivanka may not seek a White House run, but rather look to run as Senator for Florida, challenging the seat currently occupied by Marco Rubio.

Ivanka is not the only Trump child that is speculated to try their hand at a political career. Donald Trump Jr. is highly expected to follow in his father’s footsteps while sister-in-law Lara Trump may be vying for a North Carolina Senate seat in 2022. Current North Carolina Senator Richard Burr has announced that he will not seek reelection at that time.

In the meantime, Ivanka may have been looking back at her time working in the White House over the past few years. The White House adviser this week shared behind the scenes photos of her three children spending time with their grandfather at the Oval Office. Ivanka shared the photos on Instagram, the throwback pics from the White House Turkey Pardon back in November. Ivanka also shared a photo of her family, wishing her followers happy holidays over Christmas and the coming new year celebrations.