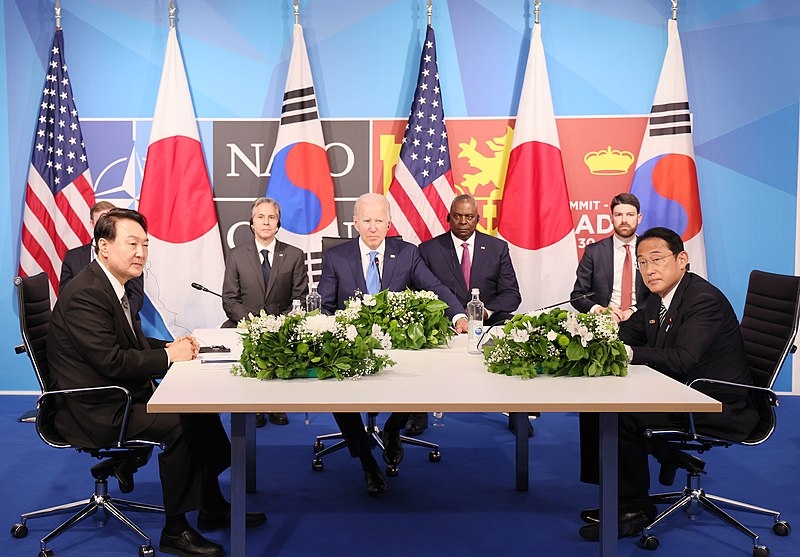 The envoys of Japan, South Korea, and the United States agreed to strengthen security ties this week. The latest assurance of cooperation comes amidst the threat posed by North Korea and its nuclear program.

The nuclear envoys of Japan, South Korea, and the US held a trilateral meeting Wednesday in Tokyo. The three agreed to strengthen security ties with each other as they are faced with the threat coming from North Korea as Pyongyang appears to gear up for its first nuclear test.

The Wednesday meeting follows previous meetings in recent months including between security advisers in Hawaii.

“North Korea is continuing and even accelerating its nuclear and missile capabilities and there is a looming chance of further provocation including a nuclear test,” said Japanese envoy Takehiro Funakoshi before the meeting.

“At the same time, we remain open to entertaining dialogue with North Korea,” said Funakoshi, adding that North Korea was always welcome at the negotiations.

US envoy Sung Kim and Kim Gunn of South Korea also echoed Funakoshi’s comments. Sung Kim said Washington was prepared for any contingency and that the goal of denuclearizing the Korean peninsula remained.

North Korea has been conducting multiple missile tests so far this year and is believed to be preparing for its first nuclear weapon test since 2017. Back in August, Pyongyang fired two cruise missiles from its west coast as South Korea and the United States resumed their largest field drills in years which North Korea criticized as a rehearsal for war.

There is also the added concern that Pyongyang was selling arms to Russia to assist in its war with Ukraine.

Meanwhile, South Korea Thursday offered to have discussions with North Korea over a reunion of families who were separated by the 1950-1953 Korean War, marking its first direct engagement under President Yoon Suk-yeol.

The proposal came ahead of the Chuseok holidays, however, the possibility of having such discussions remains unclear as Pyongyang continues to bolster its military arsenal while refusing to engage with Yoon’s administration.

Unification minister Kwon Young-se who leads inter-Korean affairs urged a positive response and that Seoul will consider Pyongyang’s preferences in deciding the date of the discussions as well as the venue, agenda, and format of the talks.