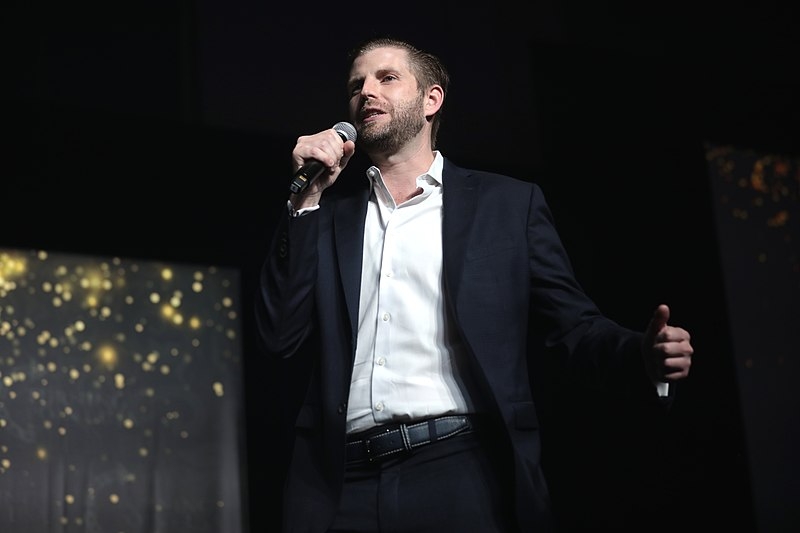 A new report revealing more information on what was happening behind the scenes leading up to the Capitol insurrection and during the siege itself. Eric Trump, one of the people mentioned in the report, issued a threat to sue for defamation.

Mr. Trump threatened to sue for defamation following a report regarding the Capitol insurrection. The son of twice-impeached, former President Donald Trump was reportedly using a burner phone to communicate with the organizers of the “Stop the Steal” rally that preceded the insurrection.

Mr. Trump quote-tweeted a post by the Palmer Report regarding said news that was first reported by Rolling Stone, saying that this is another outlet he can sue for defamation. Mr. Trump also went on to compare himself to Hunter Biden, the son of US President Joe Biden.

“Well here is one outlet I can sue for defamation. This will be fun. I’m an incredibly honest, clean guy - unlike Hunter, no drugs, healthy lifestyle, not the ‘burner phone’ type...Tweet saved.” tweeted Mr. Trump.

Mr. Trump was one of the three people mentioned in the Rolling Stone report that were using burner phones to communicate with the rally organizers. The burner phones were used under the direction of Kylie Kremer, an official for the “March for Trump” group, said the report, citing three sources, one of them being a member of the group itself. The two other people mentioned having burner phones were Mr. Trump’s wife, Lara Trump, and chief of staff Mark Meadows, who is subpoenaed by the House Committee.

The House Committee has been subpoenaing members of the former president’s inner circle, with the latest slate of subpoenas, including longtime allies Roger Stone and Alex Jones, that were released this week. While several longtime Trump allies remain defiant of the subpoena, Stone called for the House Committee to investigate Trump aide Katrina Pierson instead of him.

“Given what I know, I am perplexed as to why the January 6 committee has not issued a subpoena to Katrina Pierson, in other words, someone deeply involved in the violent and unlawful acts of January 6, rather than me, given that I was not there and have no advance knowledge or involvement whatsoever in the events at the Capitol that day,” Stone said on Telegram, sharing a mugshot of Pierson.