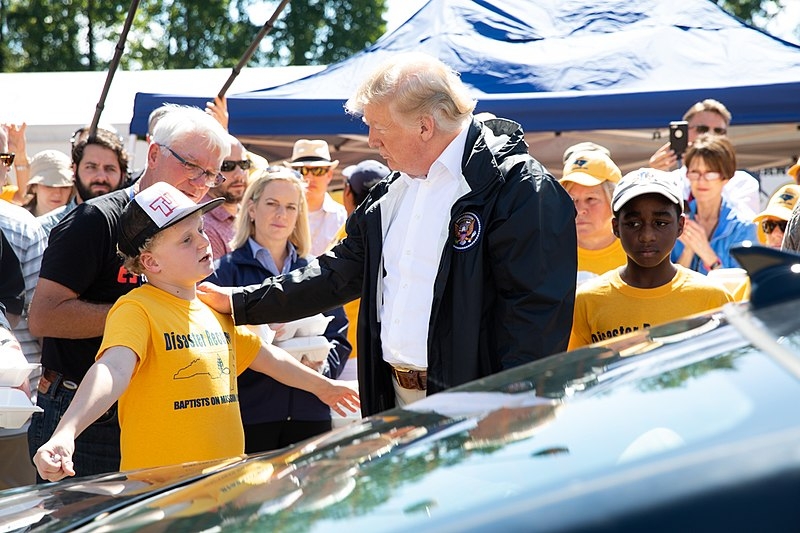 Former President Donald Trump is keeping tabs on the ongoing GOP-controlled election audit in Arizona, perhaps looking to see if the state’s results could be overturned in his favor. However, following his statement about the ongoing audit, the Republican election official blasted the former president, debunking his claims.

Arizona’s Maricopa County election recorder, Republican Stephen Richer, called out the former president over his claim that the county’s election database was deleted among other claims about the ongoing audit in the state. Richer blasted Trump for his unfounded claims, saying that the Republican party should no longer tolerate the former president’s false claims, especially the claim that the election was stolen from him by Democrat Joe Biden.

“Wow. This is unhinged. I’m literally looking at our voter registration database on my other screen. Right now,” said Richer in response to Trump’s statement. “We can’t indulge these insane lies any longer. As a party. As a state. As a country. This is as readily falsifiable as 2 + 2 = 5. If we don’t call this out…”

According to KPNX-TV reporter Brahm Resnik, the claim originated from the Arizona Audit and the state’s Senate GOP. The state Senate obtained 2.1 million ballots and election equipment in April for what was originally a recount by hand that would take place for three weeks. The state went to Biden during the 2020 elections and drew Trump’s ire following his loss. Richer and his colleagues have since been pushing back against the former president’s claims regarding the audit.

In other news, Trump ripped into other Republicans who have threatened to form a new party if the current GOP does not disown the former president. The threat follows the ousting of Wyoming Republican Liz Cheney by the House Republican caucus from her leadership position. Cheney refused to push the false claim that the 2020 elections were stolen from Trump and was among the 10 House GOP members that voted in favor of impeachment.

The new group is led by known Republican critics of the former president, Miles Taylor and Evan McMullin, who have now called for a reform of the GOP. Among those who are known to be part of the group or movement is George Conway, the husband of Trump’s former counsel and aide Kellyanne Conway.