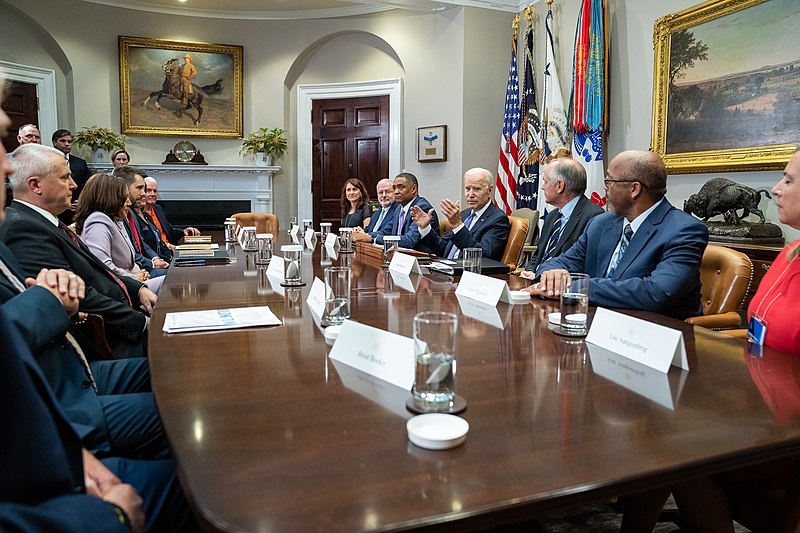 Negotiations are still underway regarding the Democrat-led infrastructure bill between centrist and progressive Democrats. US President Joe Biden has since introduced a scaled-down version of the sweeping proposal, from a $3.5 trillion bill to a $2 trillion proposal.

Associated Press reports that Biden on Tuesday described a scaled-down version of his Build Back Better bill to lawmakers in his party with a price tag of $2 trillion coming from the original $3.5 trillion package. In the $2 trillion package, at least $500 billion would be invested in climate change provisions along with provisions aimed at middle-class families such as child tax credits, paid family leave, health care, and free pre-kindergarten. The US leader expects negotiations to end this week.

Biden met with both factions of the Democratic Party from the House and Senate as the party appears to be prepared for a scaled-down version of the proposal that could pass Congress.

The provisions that appear likely to be cut out of the reduced version of the bill would be plans for free community college, a path to citizenship for undocumented immigrants in the US, as well as a clean energy plan that makes up a key strategy to fight the growing issue of climate change. The Democratic-led bill would be funded by tax hikes on corporations and those making over $400,000 a year.

Biden is also hoping to get the bill passed ahead of the upcoming climate change summit next week. The $500 billion climate provision in the bill would take the form of tax credits, grants, and loans to address and fight climate change, likely from a proposal made by Democratic Senator Ron Wyden, who chairs the Senate Finance Committee.

As the US leader looks to oversee the final negotiations on the bill, Biden is also quietly making history in the most appointed judges confirmed by the Senate since the days of Richard Nixon. The Democratic-controlled Senate recently approved Gustavo Gelpi Monday to be a judge on the Boston-based 1st Circuit Court of Appeals. Gelpi is the fifth confirmed judge with a background as a public defender and is the eighth confirmed judge overall.

Biden outpaced his former boss and predecessor Barack Obama in these appointments. Obama had five judges with public defender backgrounds confirmed by the Senate in his two terms as president.