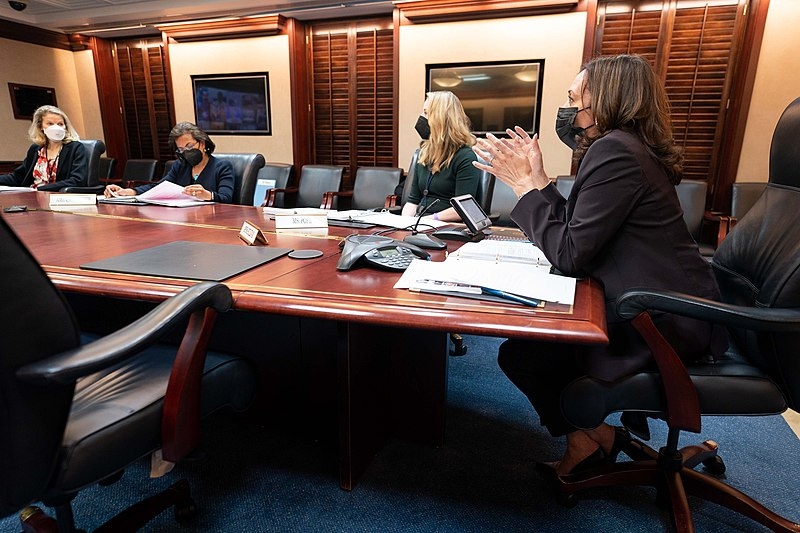 The recent federal court ruling in favor of Republicans puts thousands of immigrants at risk regarding the DACA program. This week, Vice President Kamala Harris met with several recipients of the program as the White House looks to urge Congress to fast-track immigration reform.

A senior White House official told Politico that Harris will meet with 11 recipients of the Deferred Action on Childhood Arrivals program as well as its current applicants and immigrant rights leaders this week. Harris’s meeting with the group follows the recent ruling by a federal court judge on a lawsuit filed by several Republican-led states to dismantle the DACA program that was established under President Barack Obama during his terms.

The recent ruling also blocked the Biden administration from accepting new applications for the program, leaving the Democratic Party scrambling to move towards passing immigration reforms. Hundreds of thousands of immigrants are going to be affected by the ruling. President Joe Biden and other leaders also condemned the ruling, and Biden previously pledged that the Justice Department will seek to appeal the ruling.

The White House official said that Biden and Harris are “fighting for them.”

“That’s the topline message,” said the official. “But they, above all, need Congress to create a pathway to citizenship and that has to happen as soon as possible, which is why they’ve called for this to happen through reconciliation or other means.”

Democrats are looking to insert immigration reforms for Dreamers - those under the DACA program - immigrants under Temporary Protected Status, and essential workers, in the massive $3.5 trillion infrastructure package. With bipartisan talks stalled in Washington, the proposal that could be passed through budget reconciliation may be the only way for Biden to ensure a pathway to citizenship for immigrants without GOP obstruction.

Harris explained that the issue of voting rights is not partisan and should not be approached as such.