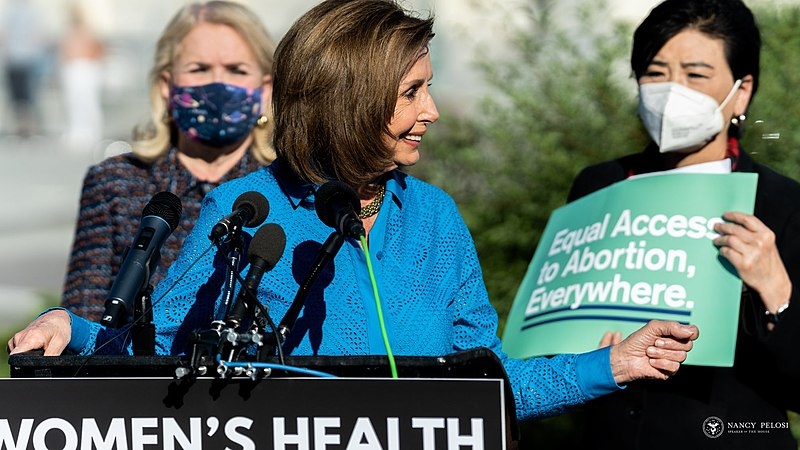 The near-total abortion ban that was signed into law in Texas has restarted the debate amongst lawmakers, especially as the law may once again be challenged in the Supreme Court. In the midst of the debate, House Speaker Nancy Pelosi visited Pope Francis over the weekend.

Pelosi met with Pope Francis in Rome on Saturday, their meeting taking place ahead of US President Joe Biden’s own meeting with the Pope in his visit to Rome for the G20 summit. The Vatican announced the US House Speaker’s visit but did not give any details. Pelosi’s visit also comes as there is an ongoing debate regarding women’s reproductive rights, particularly abortion.

Pelosi, who is Catholic, has come under fire from some bishops in the US due to her pro-abortion stance. Biden, the second Catholic US president to be elected, personally opposes abortion but supports women’s rights to choose.

The Biden administration and Pelosi have urged judges to block the new law in Texas, which bans abortion at six weeks, citing its unconstitutionality. It should be noted that most women do not realize they are pregnant until they are six weeks in.

Some bishops in the US have considered denying both Biden and Pelosi communion. However, the Vatican has warned against doing so, with the Pope noting that while abortion is “murder,” the US Catholic bishops appear to be dealing with the issue in a more political manner rather than pastoral. Some US lawmakers had also criticized those same bishops for their silence when it came to Biden’s predecessor Donald Trump and his actions.

Previously, Pelosi’s office denied claims made by former Trump administration official Stephanie Grisham in her book regarding a heated meeting between the now-former president, Pelosi, and Senate Majority Leader Chuck Schumer. In her book, Grisham claimed that following a heated exchange between Trump and Pelosi, the California Democrat along with Schumer walked out of the meeting, where Pelosi apparently lashed out at the White House receptionist who was looking to return their phones upon seeing them.

According to Grisham, Pelosi accused the White House of bugging her phone.

Pelosi’s spokesman Drew Hammill dismissed the claims as “desperate trash” and that what had occurred was “completely made up.”