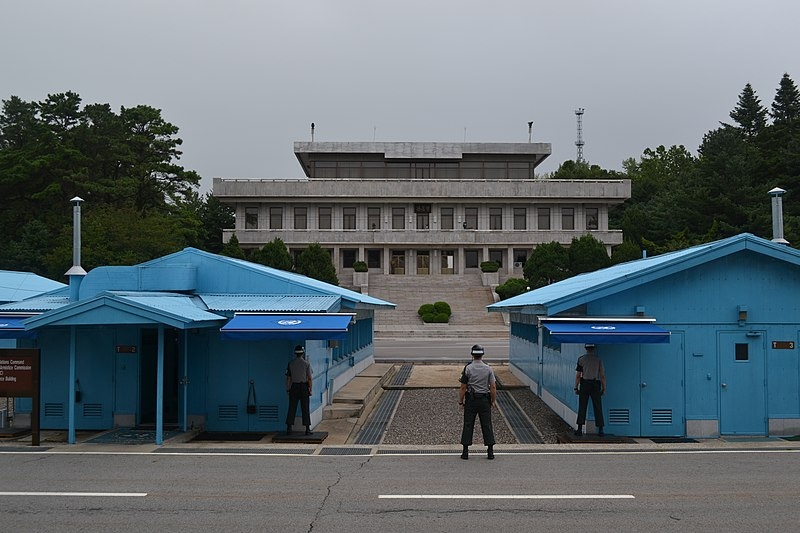 Talks between the US and North Korea regarding denuclearization have been in the air as the isolated nation remains determined to further its nuclear program. South Korea’s lawmakers have revealed that the North will resume nuclear talks with the US if the international sanctions imposed on them are lifted.

North Korea has demanded that the international sanctions imposed on them be lifted if denuclearization talks are to resume with the US, according to South Korean lawmakers. The lawmakers’ comments follow a briefing by the main intelligence agency of South Korea. The briefing took place a week after the two Koreas restored their hotlines that were suspended by the North one year ago.

South Korean legislators said that North Korean leader Kim Jong Un and South Korean President Moon Jae-in both expressed a willingness to rebuild trust and improve relations between the two Koreas since April. They added that it was Kim who asked to reconnect the hotlines. North Korean media outlets did not mention any new request to start lifting sanctions.

The North reportedly wants a lifting of international sanctions involving the ban on metal exports and imports on refined fuel and other necessities. Imports of luxury goods that would bring in fine liquors and suits are also included in the sanctions against them that must be lifted before talks with the US resume. The lawmakers also cited that North Korea was in need of one million tons of rice.

The lawmakers also said that North Korea is in need of around one million tons of rice and cited that its economy was suffering due to the bad weather and the pandemic in 2020. According to South Korea’s central bank, North Korea’s economy suffered its biggest contraction in 23 years in 2020 due to sanctions imposed by the UN, COVID-19 lockdowns, and the weather.

Meanwhile, North Korea recently criticized the United Kingdom following reports that it has permanently deployed two ships to the Asia-Pacific region. The UK made the announcement in July where the HMS Queen Elizabeth would permanently deploy two warships in the region during its sailing to Japan. The British Embassy in Tokyo has said it will not have a permanent base.

North Korea’s foreign ministry criticized the decision, saying that the UK should focus on Brexit instead.

“The UK, which is intensifying the situation by pushing warships into the distant Asia-Pacific region, is using our ‘threat’ as an excuse,” said the ministry in a statement. North Korea went on to accuse the UK of acting on a “bet” that North Korea and China are trying to isolate South Korea and Japan.